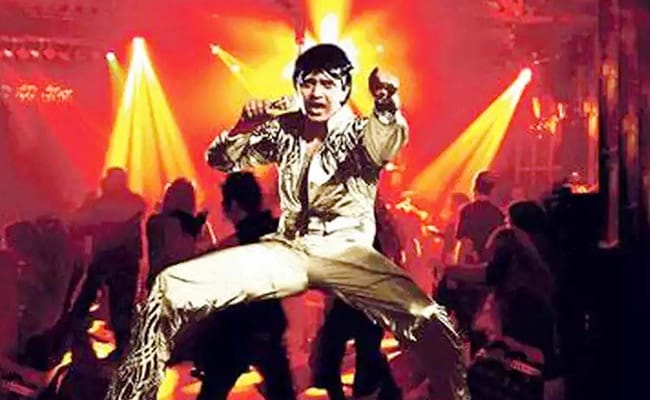 "The best part was that Bappi da understood my dancing. I brought something new-- disco dancing, which was a departure from others. Bappi da understood that I dance 'hatke' (different) and so he started giving music accordingly. It became like 1+1=2, hum jud gaye (we connected). When we became one, we gave legendary hits," Mithun Chakraborty told PTI.

Bappi Lahiri and Mithun Chakraborty became a dream team with 1979 film Suraksha with the song Gunmaster G9 - also the code of the master spy played by Mr Chakraborty - standing out on the soundtrack. 1982's Disco Dancer became the most iconic of their many collaborations which also included Dance Dance and Kasam Paida Karne Wale Ki.

Bappi Lahiri was famously called the Disco King, an epithet he had earned many times over. However, he was equally capable of producing soulful ballads like Chalte Chalte from the movie of the same name and romantic duets like Aaj Rapat Jaye from Namak Halaal. "He should not be confined to just disco, he was a genius. He gave hit songs for every hero, every heroine, every producer. Nobody can forget him, he is a legend and I am sure his soul would be in heaven. I will miss him forever," Mithun Chakraborty said to PTI.

Mithun Chakraborty, 71 now, revealed that as a composer, Bappi Lahiri welcomed inputs. "Bappi da was very open, he was an ego-less man. If you told him, 'Bappi da I heard a song, would you like to hear? I want a similar song' he would be open to it. If he liked it, he would work on it. That was the best part, otherwise we would be scared to approach any other music directors, worried how they would react (to suggestions)," Mr Chakraborty told PTI.

Bappi Lahiri died of sleep apnea in a Mumbai hospital on February 15; he had been in hospital for a month being treated for a variety of complaints. Mithun Chakraborty was in Bengaluru when Bappi Da died and told PTI that he wanted to remember his long-time collaborator the way he knew him. "I was in Bangalore (when he passed away). Main woh samaay nahi dekhna chahta tha (I didn't want to see him like that). I want to remember Bappi da the way I know him, I just don't want to remember this Bappi da, I don't even want to see because Bappi da will remain with me forever. That is my thinking," the actor said.

"When my father passed away during the pandemic, I could not come. I didn't want to see him like that, I wanted to remember him for how we were. Similarly, I want to remember Bappi da for how we used to sit together and make songs, listen to songs. I just want to remember the good days with him," he told PTI.

Bappi Lahiri was cremated in Mumbai on Thursday; his funeral was attended by actors like Vidya Balan, singers like Alka Yagnik and Shaan, and several members of the Mukerji family including Rani Mukerji's brother Raja who was one of the pallbearers. On Bappi Da's final journey from his home to the crematorium, a special touch was added - the sunglasses and golden chain that were part of his trademark style.

Mithun Chakraborty's credits include several Bengali films - including his 1976 debut Mrigayaa which won him a National Award for Best Actor - currently stars in the web-series Bestseller.