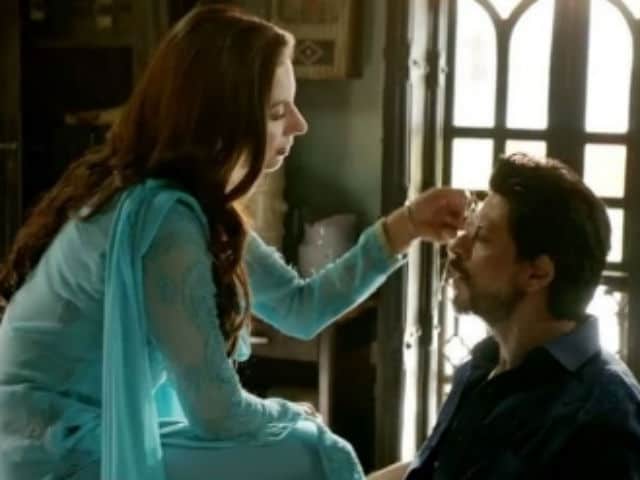 New Delhi: Pakistani cinema fans, critics and the industry's other stakeholders have given a mixed reaction to the ban on the screening of the Shahrukh Khan and Mahira Khan's film Raees, reported news agency PTI. Earlier this month, the Pakistan government gave a nod to the screening of Hindi films in the country. However, on Monday, country's censor board reportedly declared Raees "unfit for public exhibition across the country." Some cinema fans and critics lashed out at the ban imposed by the Central Film Censor Board (CFCB) but others supported the ban, reports PTI. Few days before the censor board's decision was reported, Mahira Khan, who makes her Bollywood debut with Raees said that everyone in Pakistan is eagerly awaiting the release of the film.

Noted film critic, Omair Alavi told PTI that the ban had come as a disappointment to Shah Rukh Khan and Mahira Khan fans and also to cinema owners. "It is disappointing and many cinema owners were looking forward to recoup their losses they incurred since the ban on Indian films last September."

The Chairman of the Central Film Censor Board, Mobashar Hassan told PTI that the decision to ban Raees was taken after proper discussions. "The consensus was that the film has an anti-Islam and anti-Muslim theme and portrays Muslims negatively. Plus it's portrayal of a particular sect could also lead to reactions," PTI quoted him as saying.

Promoted
Listen to the latest songs, only on JioSaavn.com
Raees stars Shah Rukh Khan as a liquor baron operating in the dry state of Gujarat. Mahira features as his wife Aasiya. The film has done good business worldwide and has reportedly collected Rs 250 crore. The film clashed at the box office with Hrithik Roshan's Kaabil. Hrithik's film reportedly did good business in Pakistan.