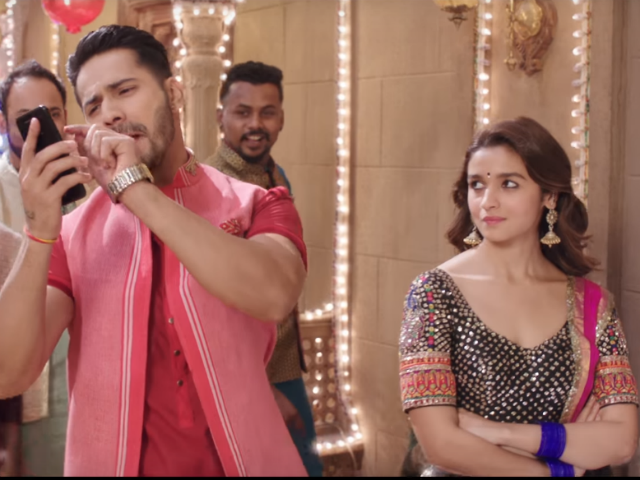 A still from Aashiq Surender Hua

New Delhi: After groovy songs like Tamma Tamma and title track of Badrinath Ki Dulhania, the makers of the film have released the fourth song from their upcoming film. The song titled Aashiq Surender Hua will make you want to put on your dancing shoes. The Tapori number from the film has been sung by Shreya Ghoshal and Amaal Mallik. In the song, Varun shows his dancing talent and Alia Bhatt is seen beaming with confidence as they match their steps. Badrinath Ki Dulhania is set to release in theatres on March 10. The film has been directed by Shashank Khaitan and is produced by Karan Johar's Dharma Productions.

The Dear Zindagi actress and the Badlapur actor had made their Bollywood debut together with Karan Johar's film Student of the Year(2012). This is the third time they will be seen sharing the screen space.

Promoted
Listen to the latest songs, only on JioSaavn.com
The Kapoor & Sons actress has joined Ayan Mukerji's next project titled Dragon opposite Ranbir Kapoor. The 23-year-old actress will also be seen romancing Ranveer Singh in Zoya Akhtar's Gully Boy

Meanwhile, Varun has started shoot for Judwaa 2, directed by his father David Dhawan. The movie is a sequel to 1997 film Judwaa starring Salman Khan and Karisma Kapoor.