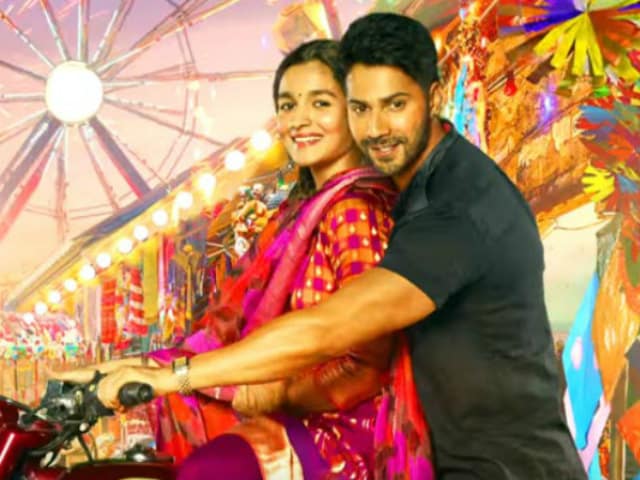 This is Alia Bhatt and Varun Dhawan's third movie together

New Delhi: Alia Bhatt and Varun Dhawan's recent release Badrinath Ki Dulhania has performed well at the box office. The movie has made Rs 5.95 crore on its seventh day after the release. It collected the highest box office figures on Sunday with a sum of Rs 16.05 crore, as reported by trade analyst Taran Adarsh. Apart from this, the movie, directed by Shashank Khaitan and produced by Karan Johar's Dharma Productions, has earned Rs 12.25 crore on Friday, Rs 14.75 crore on Saturday, Rs 12.08 crore on Monday, Rs 7.52 crore on Tuesday and Rs 5.95 crore on Wednesday. In total the movie has collected Rs 73.66 crore in a week. Here is a break-down of the collection figures of Badrinath Ki Dulhania.

Badrinath Ki Dulhania, which crossed Rs 60 crore in just five days of release, is heading really fast to hit the century. Trade Analyst Taran Adarsh also claimed that the movie, which did 'excellent' in its first week, will possibly 'dominate' the box office in the second week also. Interestingly, it will have a tough competition in the second week with fresh releases like Trapped and Beauty And The Beast joining the theatres.

Promoted
Listen to the latest songs, only on JioSaavn.com
Badrinath Ki Dulhania, which was released on March 10, stars Varun as Badrinath Bansal, who at heart is a sterling groom and the only woman he wants to make his dulhania is Vaidehi Trivedi, played by Alia. But she refuses to consider him a possible suitable boy. Vaidehi the cool college-going girl is unimpressed by the unsophisticated advances of Badri. It is a sequel to Alia and Varun's 2014 hit Humpty Sharma Ki Dulhania.