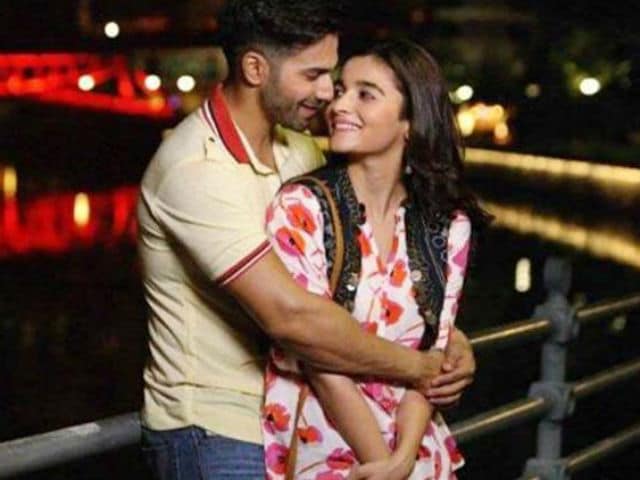 New Delhi: Alia Bhatt and Varun Dhawan's recent film Badrinath Ki Dulhania is 'rocksteady,' tweets trade analyst Taran Adarsh. The film collected Rs 2.45 crore at the box office on Tuesday. The rom-com is just few crores away from entering the 100-crore mark. The film's current total now stands at Rs 96.39 crore. Badrinath Ki Dulhania is Alia and Varun's third film together. Varun stars as Badrinath Bansal, a sterling groom who falls in love with Alia's character Vaidehi Trivedi and tries to woo her. Vaidehi is the only girl whom Badrinath wants to marry. Badrinath Ki Dulhania is directed by Shashank Khaitan and produced by Karan Johar's Dharma Productions.

In his review for NDTV Movies, Saibal Chatterjee wrote, "Alia Bhatt and Varun Dhawan's film is a pulpy, uneven romantic caper that strives to pass itself off as a mellow tale of patriarchy, love, honour and ambition." He gave the film two out of five stars. Badrinath Ki Dulhania opened to rave reviews by Alia and Varun's Bollywood colleagues on March 10.

Promoted
Listen to the latest songs, only on JioSaavn.com
Alia, 24 and Varun, 29, debuted in 2012 with Student Of The Year. They later featured together in 2014 film Humpty Sharma Ki Dulhania, a prequel to Badrinath Ki Dulhania.

Meanwhile, Alia Bhatt will next be seen in Dragon and Gully Boy. Varun Dhawan is prepping for Judwaa 2, a sequel to Salman Khan's 1997 film Judwaa. The film stars Jacqueline Fernandez and Taapsee Pannu opposite Varun and is scheduled to hit the theatres on September 29.