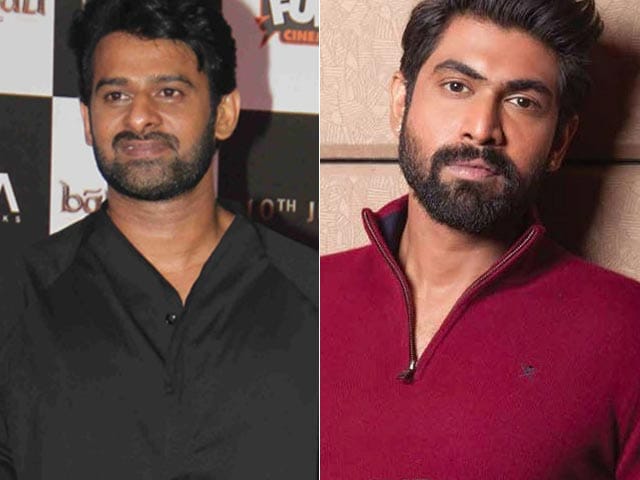 New Delhi: Telugu actors Prabhas and Rana Daggubati may have been at daggers drawn in SS Rajamouli's Baahubali, but off screen, their dostana was clearly evident as they rung in Prabhas' 36th birthday along with co-star Tamannaah Bhatia. #HappyBirthdayPrabhas was one of the top trends on Twitter this morning. (Also Read: Prabhas Says, 'Too Early to Call Me a National Star')

An enthusiastic Tamannaah posted pictures from the party on Instagram. Cinematographer Senthil Kumar was also a part of the celebrations.

Happy birthday to my favourite Pubsi !!!! Have an awesome year ahead @baahubalimovie

Baahubali which featured Prabhas and Rana Daggubati as warring brothers fighting for the control of a kingdom, collected Rs 500 crore within weeks of its release. Tamannah played the role of princess Avantika in the film which also co-starred Ramya Krishna and Anushka Shetty in key roles.

Prabhas made his movie debut with Eshwar in 2002. He also had a special appearance in Bollywood movie Action Jackson which was directed by Prabhu Deva.