Baahubali: The Conclusion To Premiere Worldwide Ahead Of Release 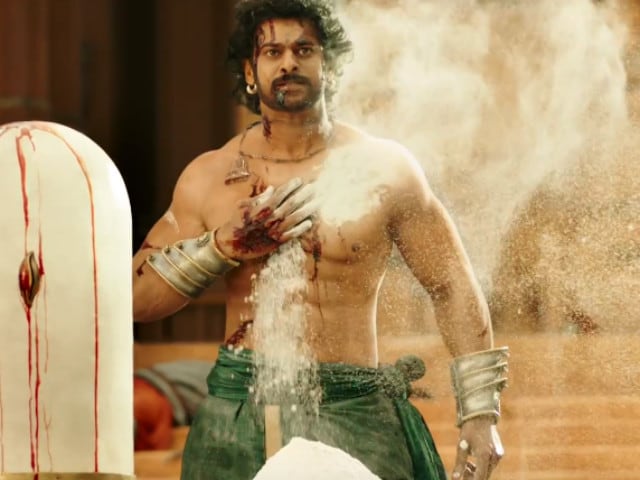 Baahubali: The Conclusion: A still from the trailer of the film

New Delhi: The makers of Baahubali: The Conclusion are making the best use of the last few days leading to Baahubali. Filmmaker Karan Johar, whose Dharma Productions is in charge of distributing the Hindi version of the film, announced an important update on Twitter. Karan revealed that Baahubali: The Conclusion will have a world premiere a day ahead of the film's release on April 28. "The world premiere on the 27th! Film releases worldwide on the 28th of April," Karan Johar wrote on Twitter. Not that it's required but team Baahubali is keeping our interests piqued releasing promotional elements from the film - they recently unveiled a sneak peek of the song Saahore Baahubali.

Meanwhile, this is what Karan Johar tweeted:

The world premiere on the 27th!! Film releases worldwide on the 28th of April....#baahubali2#BaahubaliTheConclusionhttps://t.co/kqIpGHn7Ma

Baahubali: The Conclusion was in the midst of a controversy in Karnataka after Pro-Kannada organisations threatened to ban the film following veteran actor Sathyaraj's alleged remarks on the Cauvery row. However, Vatal Nagraj, president of Kannada Chalavali Vatal, has withdrawn the call for ban after the actor apologised in a video message and said: "I'm not against Kannadigas. I'm sorry if my words hurt you. I'm a small player in Baahubali, my words shouldn't affect the film." Sathyaraj famously features as Katappa in the two-part epic series.

Promoted
Listen to the latest songs, only on JioSaavn.com
Baahubali 2, which has been assured to be "bigger and better" by director S S Rajamouli, also promises to reveal the secret behind the cliff-hanging moment of the film, when senapati Katappa drives a sword through Baahubali.