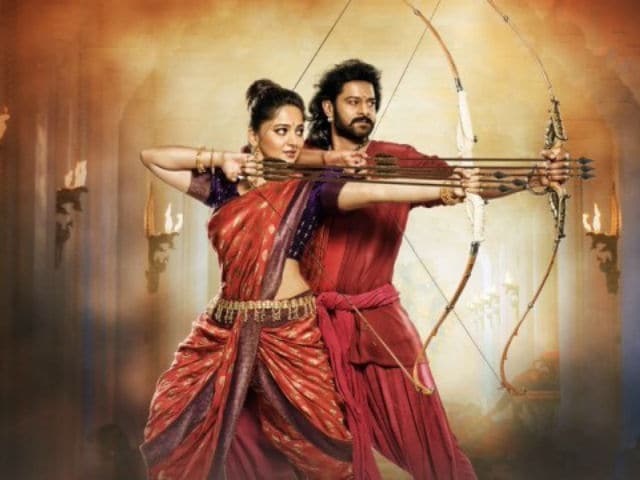 Prabhas And Anushka Shetty in Baahubali: The Conclusion

New Delhi: Filmmaker S S Rajamouli's Baahubali: The Conclusion is all set to hit the screens on April 28. Baahubali: The Conclusion is part 2 of Rajamouli's epic fantasy Baahubali: The Beginning, which released to a blockbuster status in 2015. Rajamouli said that he is 'confident' about the film, reports news agency PTI. "We were a little nervous during the first part but for this one we are quite confident because there has been a big fan-base which has been following it since the past two years. During this time, none of them lost interest in the film and it kept on going," Rajamouli told PTI.

Prabhas features in the double role of Amrendra and Mahendra Baahubali, Rana Daggubati as Bhallala Deva and Sathyaraj as Katappa. Anushka Shetty stars as Devasena, Tamannaah Bhatia as Avanthika and Ramya Krishnan as Sivagami. Baahubali: The Beginning tracks the love story of Amrendra Baahubali and Devasena and Bhallala Deva's subsequent rise to power. The film is expected to reveal why did Katappa kill Baahubali. Baahubali: The Beginning had ended on the Katappa and Baahubali's cliffhanging moment.

In an interview to NDTV earlier, Rajamouli said, "I didn't know it was going to become such a big hook line. When we made the story we had to end the first part at some point." He also said that team Baahubali is proud that the film has achieved a status of a pan-Indian film.

"Everyone wants to know the answer to the question, why did Katappa kill Baahubali. We are quite upbeat about it," the filmmaker told PTI.

Thanking Prabhas for his dedication for the film, Rajamouli told PTI, "Baahubali was possible because of Prabhas, who being a top hero in south gave three and a half years for the film. I don't think we could've done the film without him." He further added, "I think whether the director or producer or any other professional involved in it, we are all being carried on a big ship called Baahubali.

Promoted
Listen to the latest songs, only on JioSaavn.com
Baahubali: The Conclusion will hit across 6,500 screens in Telugu, Tamil, Malayalam and Hindi languages.