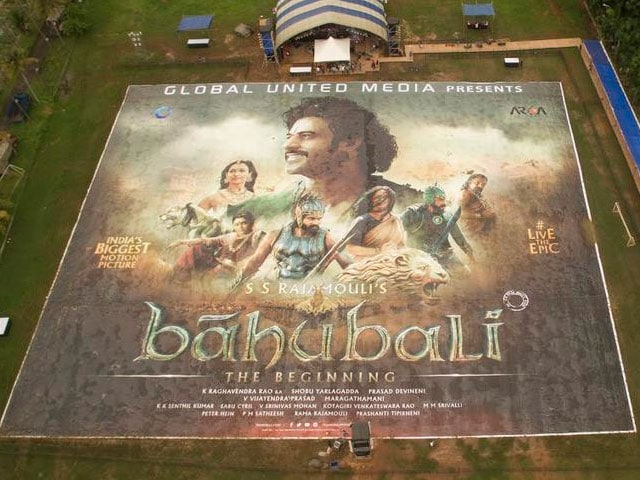 Chennai: The Guinness World Records on July 22 approved the poster created during the music launch of SS Rajamouli's magnum opus Baahubali in Kochi on June 27 as the world's largest poster.

Global United Media, the company that distributed Baahubali in Kerala, was behind the idea of creating the poster, which was designed by Mr Rajamouli himself.

Now it is officially awarded.. Congratulations to Mr. Prem Menon and his team at global United media https://t.co/RvauQsazNx

According to the Guinness website, the poster sized 51,598.21 square feet surpassed the previous record of 50687.25 square feet.

"You don't get to do things like these every day and a big thank you to the entire team to make this wonderful event happen. A special thanks to producers Shobu Yarlagadda, Devineni Prasad and director Rajamouli," Global United Media managing director Prem Menon told IANS.

A team of 30 members worked round the clock for three days to complete the poster.

Baahubali, which is about two brothers at war for an ancient kingdom, has so far grossed over Rs 350 crore worldwide.