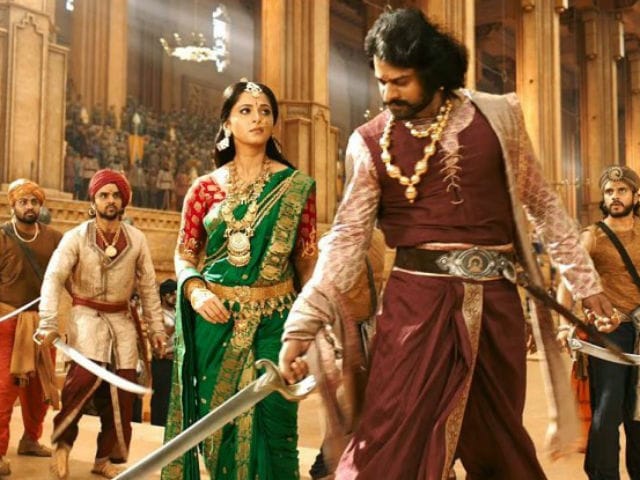 Baahubali 2: A still from the film

Box Office India also reports that the slight dip in collection figures for the Hindi version is because there are limited shows for other regional languages in states like Tamil Nadu and Andhra Pradesh. The report also states that after a humungous opening day for Baahubali 2, the box office figures declined in South Indian theatres as per trend - "The Conclusion has seen a drop in collections in its South Indian language versions especially the Telugu one but that is how box office works there and it is a regular thing."

Promoted
Listen to the latest songs, only on JioSaavn.com
Baahubali: The Conclusion opened to startling fanfare on April 28 and has made history with record-breaking opening day collection, which trade analyst Taran Adarsh reported to be Rs 121 crore. In doing so, Baahubali 2 has smashed the record of Aamir Khan's Dangal which currently stands at over Rs 385 crores but took three days to mint Rs 100 crores, reported Mr Adarsh.