Baaghi 2 is also awaited with eager anticipation because of the redone version of Ek Do Teen, featuring Jacqueline Fernandez 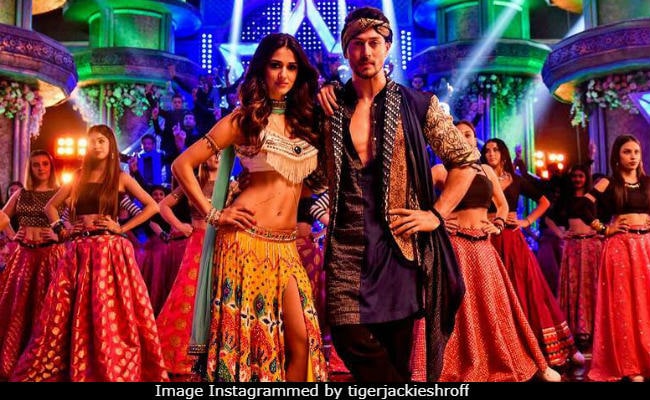 New Delhi: Tiger Shroff and Disha Patani's new film Baaghi 2 is all set for the theatres. This is the first time that the rumoured couple will feature in a film together. Directed by choreographer-turned filmmaker Ahmed Khan, Baaghi 2 is the tragic story of Ronnie (played by Tiger) and Neha (played by Disha)'s love life, which battles many hurdles. "Rebel for love," reads the punchline of the movie, which was being promoted with a side of bloody and gory posters featuring Tiger. There sure will be a lot of action, because Tiger Shroff, but the movie will elaborate on the loved-up glimpses of Ronnie and Neha which has featured in the songs and trailer.

Baaghi 2 is also awaited with eager anticipation because of the redone version of Ek Do Teen, featuring Jacqueline Fernandez. The remix and Jacqueline's performance were widely criticised for being unable to match up to Madhuri Dixit's (who featured in the original one) charm prompting the director to say that they were "ready" for the backlash.

Promoted
Listen to the latest songs, only on JioSaavn.com
While movie buffs are also looking forward to Baaghi 2 because of the fresh cast, the director has only good things to say about his actors. "I haven't done much choreography since the last one year, but as a choreographer or as a director, I think I see Tiger Shroff right now as a hero. Because you ask him to dance, he is ready, tell him to do action, he does it out of his limits, for a bare body shot he is ready in five minutes because he is always fit," he told IANS.

Are you ready to meet Tiger Shroff and Disha Patani at the theatres?