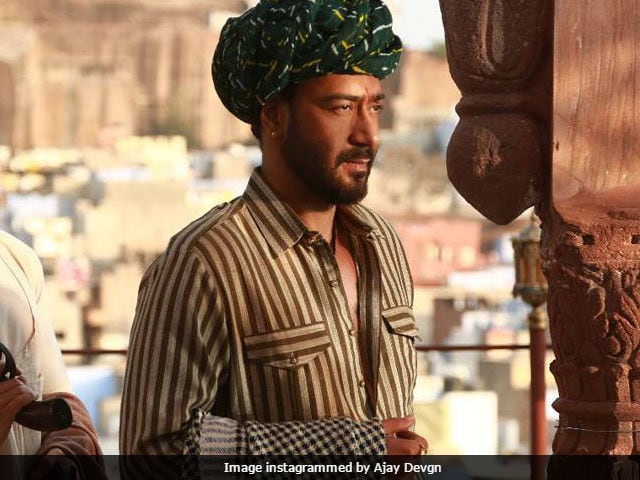 New Delhi: Ajay Devgn's last release Baadshaho stands 'steady' at the box office. The film crossed the 50-crore mark on Tuesday and the current total of Baadshaho now stands at Rs 56.24 crore, reports trade analyst Taran Adarsh. Baadshaho, the multi-starrer film, featuring Ileana D'Cruz, Emraan Hashmi, Esha Gupta, Vidyut Jammwal and Sanjay Mishra, is directed by Milan Luthria. It is set against the Emergency era (1975). On Tuesday, Day 5, Baadshaho made Rs 6.12 crore and over the weekend, the film earned over Rs 30 crore. Box Office India reports that Baadshaho's Tuesday score is 'good' despite no public holiday. Here's how much Ajay Devgn's film has earned so far.

In his review for NDTV, film critic Saibal Chatterjee gave Baadshaho 1.5 stars out of 5. "Baadshaho is anything but the emperor of all it surveys. It's more a like a king without a kingdom. The heist thriller is devoid of the sort of highs that could be talked about. It does have a couple of passable performances - one from Sanjay Mishra, whose comic timing as the alcoholic and wisecracking Tikla is phenomenal; the other comes from Hashmi as a loveable, fatalistic rogue," he wrote in his review.

Of the film's subject, Milan Luthria earlier told news agency PTI, "This is a historical fiction film. We have used some facts, there is lot of stuff that was unusual and exciting. It (Emergency as subject) is a great backdrop for action and thrills. We have done extensive research on the subject."

Promoted
Listen to the latest songs, only on JioSaavn.com
Baadshaho is Milan Luthria's fourth film with Ajay Devgn and second with Emraan Hashmi. The trio collaborated for 2010's Once Upon A Time In Mumbaai.