Avengers: Endgame Trailer: It's good to see Captain America, Iron Man, Hawkeye, Thor, Black Widow will do "whatever it takes" to defeat Thanos 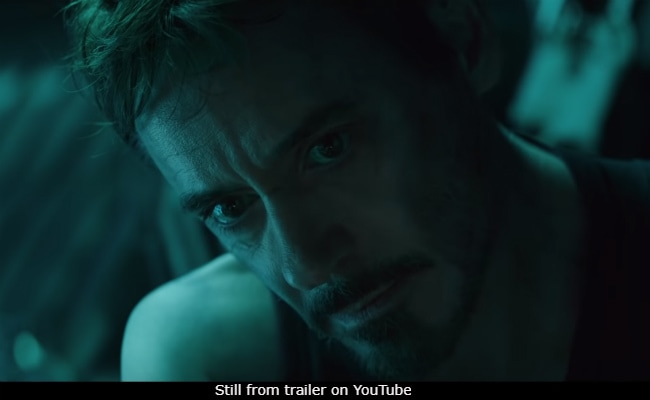 Avengers: Endgame Trailer: A still from the film (courtesy YouTube)

The brand new trailer of Avengers: Endgame dropped like a bomb full of surprises and fans are going gaga over it. Just a few facts handy before you read on - Iron Man AKA Tony Stark AKA Robert Downey Jr is back on Earth, the Avengers have new suits and there's a super duper surprise in the end. The predominant idea that the trailer gives off is that the Avengers will do "whatever it takes" to stop Thanos from complete annihilation after what happened in the last movie. The trailer begins with Iron Man recording a message for Pepper Potts but soon the scene shifts to the Black Widow (Scarlett Johansson) reminiscing: "The world has changed, none of us can go back, all we can do is our best, and sometimes the best we can do is to start over."

The trailer incorporates scenes from previous Thor, Iron Man and most importantly Captain America movies as flashback sequences. That, and taking the "starting over" bit into consideration, it appears that Avengers: Endgame hints at time-travel to undo Thanos' destruction.

Like all Marvel offerings, this trailer too comes with a surprise in the end - in the form of Captain Marvel. In the hilarious-dramatic scene, Thor reaches out for his hammer in his signature style while Captain Marvel remains unperturbed and continues to maintain eye contact. Conclusion by Thor: "I like this woman."

The trailer also has a painful reminder that we lost a chunk of the Avengers in the last movie - Bucky Barnes, T'Challa aka Black Panther, Groot, Wanda Maximoff or the Scarlet Witch, Wilson, Mantis, Drax, Peter Quill aka Star-Lord, Doctor Strange and Peter Parker aka Spider-Man.

But, it's good to see that Captain America, Iron Man, Hawkeye, Thor, Black Widow will do "whatever it takes" to defeat Thanos and perhaps bring back their old allies.

Oh, and did we mention new Avenger suits? They come in white.

The wait for Avengers: Endgame will end on April 26.