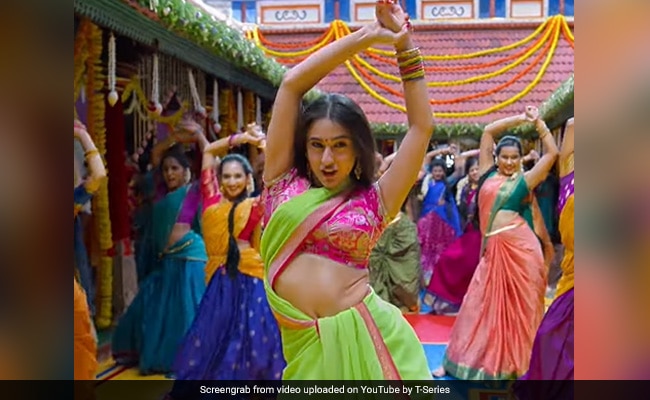 Atrangi Re Song Chaka Chak: Sara in a still from the song. (Image courtesy: YouTube)

Sara Ali Khan is here with her latest track Chaka Chak from her upcoming film Atrangi Re to make you dance your heart out. The makers of Atrangi Re, on Monday, dropped the first song from the film and it has every factor that a wedding anthem needs. Dressed in a lime green saree, Sara Ali Khan can be seen mesmerising people around her with her "fiery moves" in Chaka Chak. The song features her dancing at the wedding festivities of Dhanush, who was forcefully married to Sara earlier in her hometown. After the duo return to his village, they decide to part ways, with Dhanush agreeing to marry another woman in the presence of his family.

Akshay Kumar, who is among the three leads in the film, also shared the song on Twitter and wrote: "Her fiery moves will make you also want to dance your heart out. #ChakaChak out now!"

Watch the song Chaka Chak from Atrangi Re here:

On Monday afternoon, Sara Ali Khan was pictured at the launch event of the song Chaka Chak in Mumbai. She was looking pretty in a pastel yellow traditional outfit. At the launch event, Sara even grooved to the beats of Chaka Chak. See pictures of the actress here: 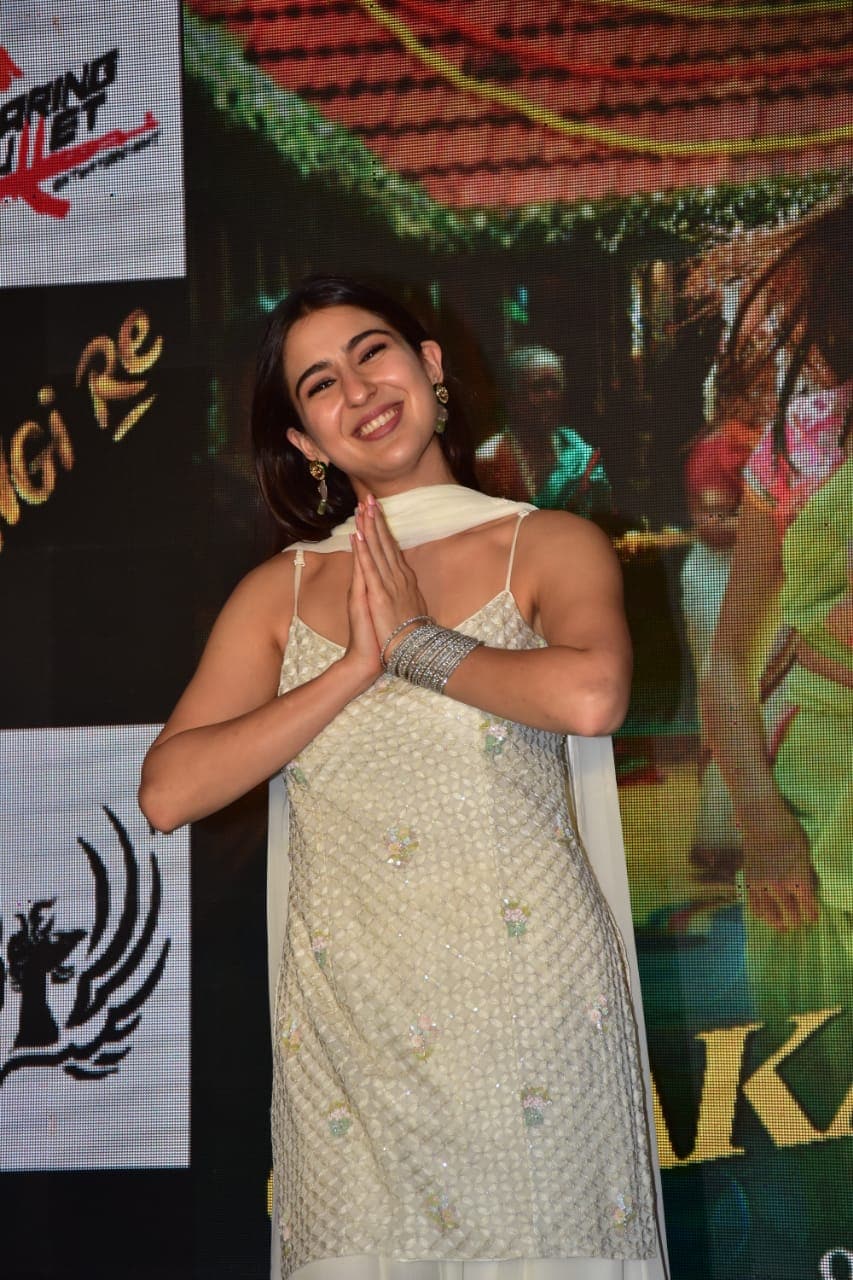 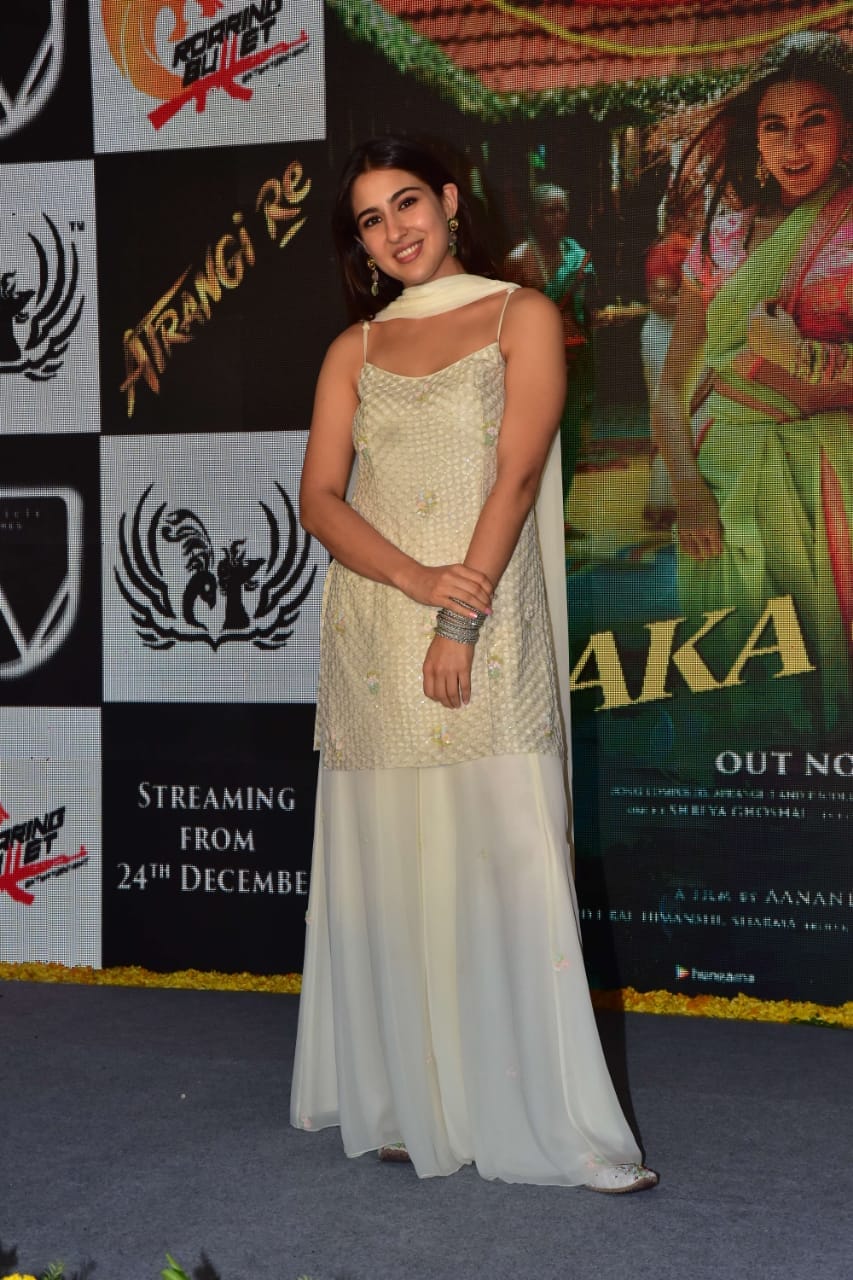 The actress happily posed for the paps. 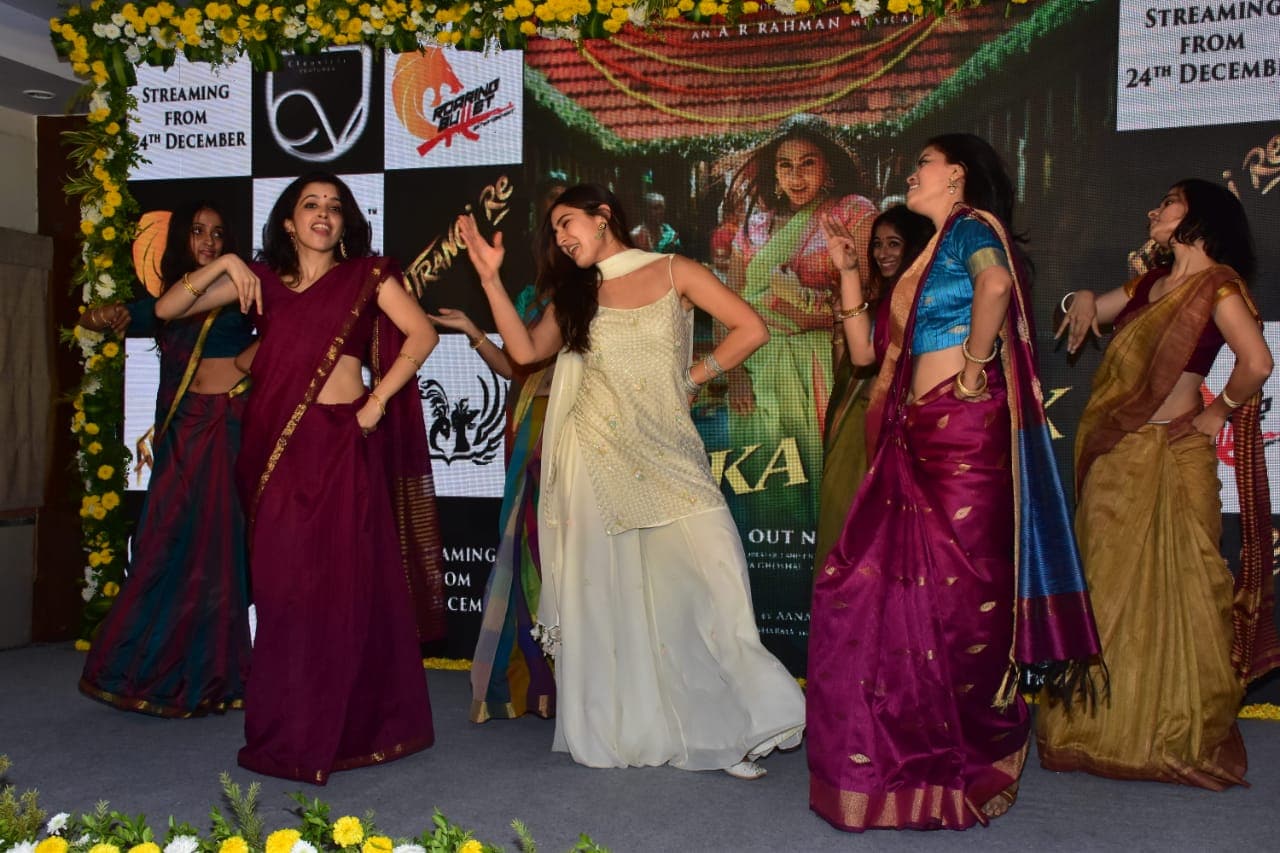 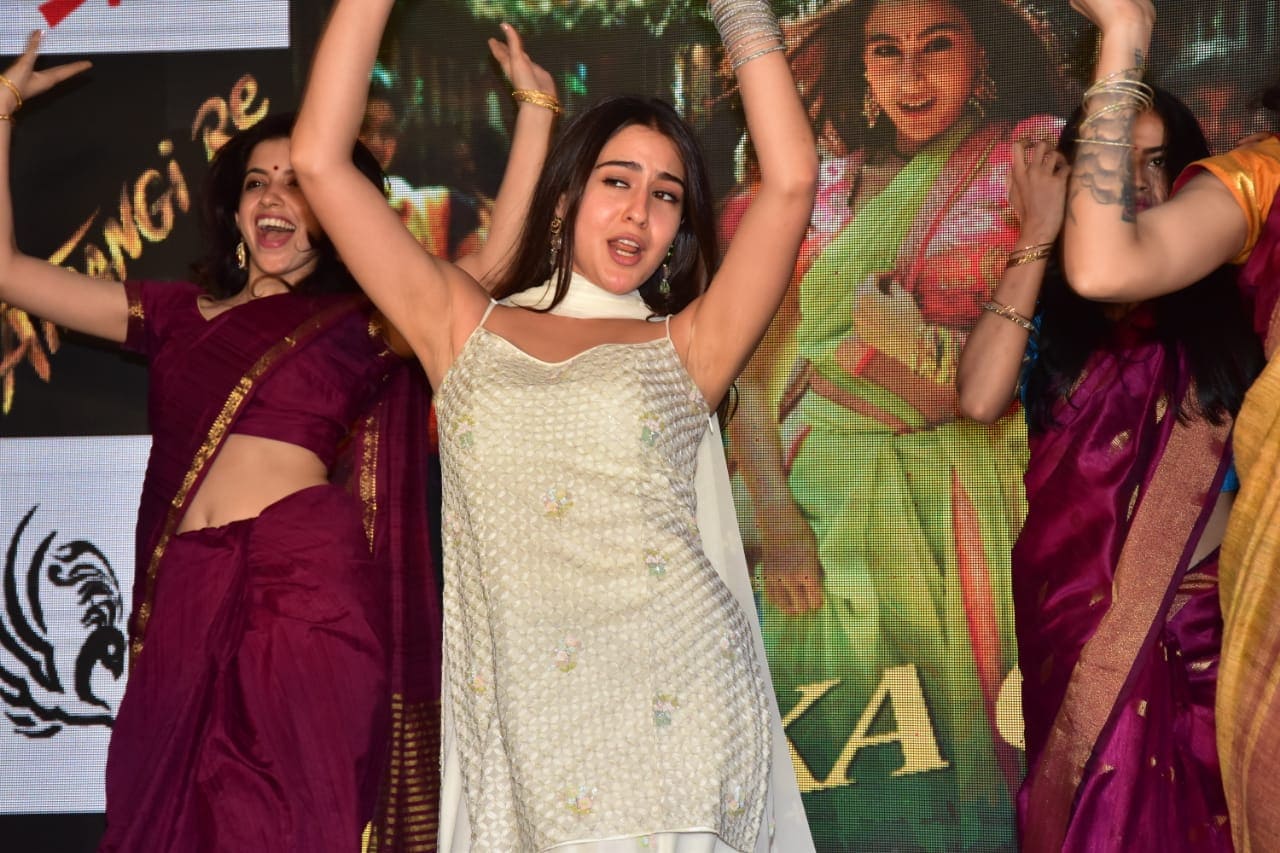 Atrangi Re is directed by Aanand L Rai. In case you haven't seen the trailer of the film yet, take a look now:

The film will release on December 24 this year.