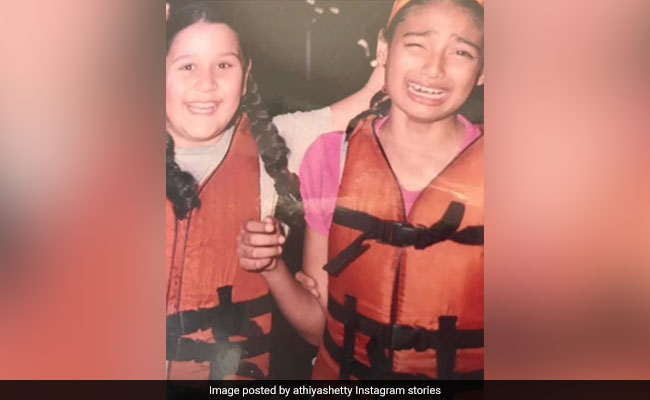 Athiya Shetty tried a new Instagram trend on Saturday and left her fans into splits by sharing an epic throwback picture of herself from her school days. Athiya Shetty was interacting with her fans via "post a picture of" trend on Instagram when a user asked her to share a picture of herself from her school days. In her reply, the actress picked the most hilarious photo of herself, in which she can be seen making a crying face as Krishna Shroff teases her while posing for the camera. The duo can be seen wearing life jackets in the blast from the past.

Check out the aforementioned photo here: 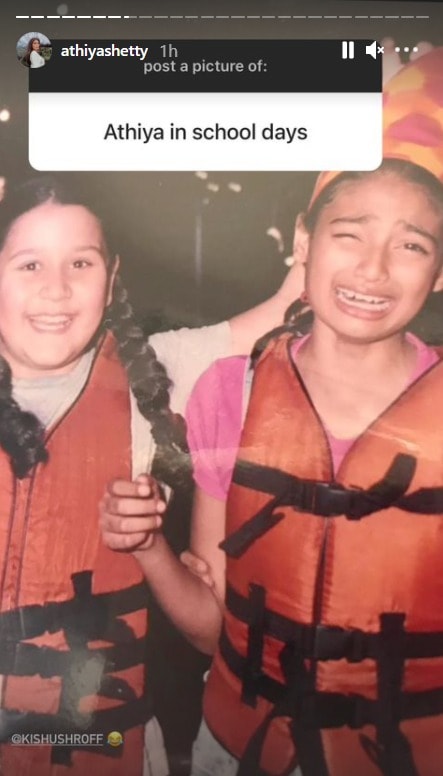 Athiya Shetty is the daughter of actor Suniel Shetty and Mana while Krishna is actor Jackie Shroff and Ayesha's daughter. Krishna's brother, actor Tiger Shroff, has starred in many Bollywood films till now. During the interaction session, Athiya also posted a picture of herself and her brother Ahan from their childhood. Athiya Shetty is reportedly dating cricketer KL Rahul. The duo often drop adorable comments on each other's posts. On KL Rahul's birthday, Athiya posted a picture with him and called him "my person."

In terms of work, Athiya Shetty made her debut in Bollywood with Nikkhil Advani's Hero, in which she shared screen space with Sooraj Pancholi. She was next seen in the 2017 film Mubarakan alongside Anil Kapoor, Arjun Kapoor and Ileana D'Cruz. Her last Bollywood project was Motichoor Chaknachoor, in which she co-starred with Nawazuddin Siddiqui. Ahan will make his debut in Bollywood with a Hindi remake of 2018 Telugu blockbuster RX 100.