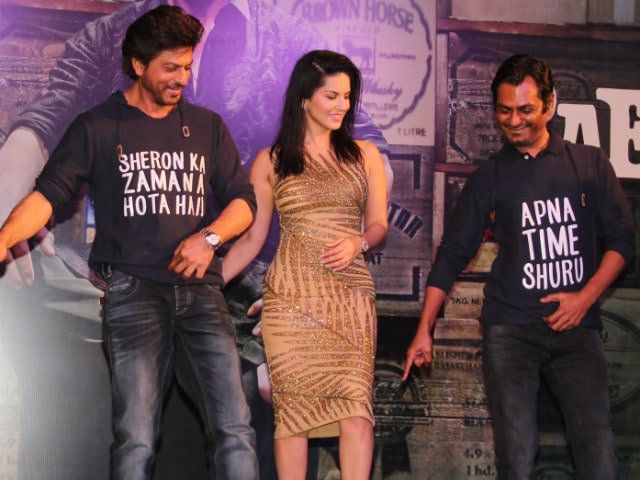 New Delhi: Shah Rukh Khan and Team Raees celebrated their film's successful run at the box office with a party on Monday night (meant to have been minus alcohol free but there is some doubt being cast on that). The cast and crew were pictured making a grand entrance in a jeep driven by SRK, 51, amid a shower of confetti. In the passenger seat was actress Sunny Leone who briefly appears in a song sequence in the film. The backseat was crowded by actor Nawazuddin Siddiqui, director Rahul Dholakia and producer Ritesh Sidhwani, all looking mighty pleased. And so they should - not only has Raees been reviewed well by critics, it had made over Rs 93 crore at last count. 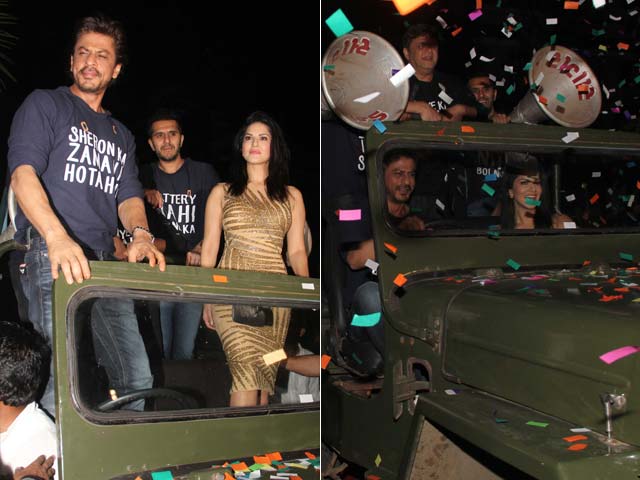 The male partygoers were dressed in T-shirts emblazoned with dialogues from the film. SRK's read, "Sheron ka toh zamana hota hai!" Fittingly, Nawazuddin's T-shirt bore the legend, "Apna time shuru" - the actor's performance as the cop who pursues Raees Alam, the gangster played by SRK, has been singled out for special praise. Sunny Leone skipped a T-shirt in favour of a gold bodycon dress. 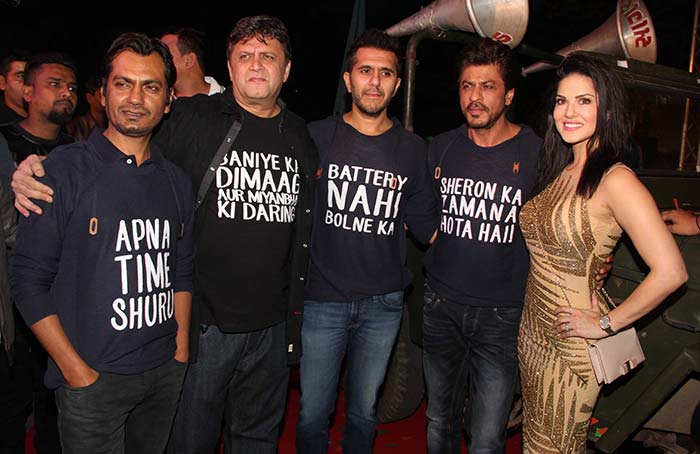 Shah Rukh Khan and Team Raees at the party 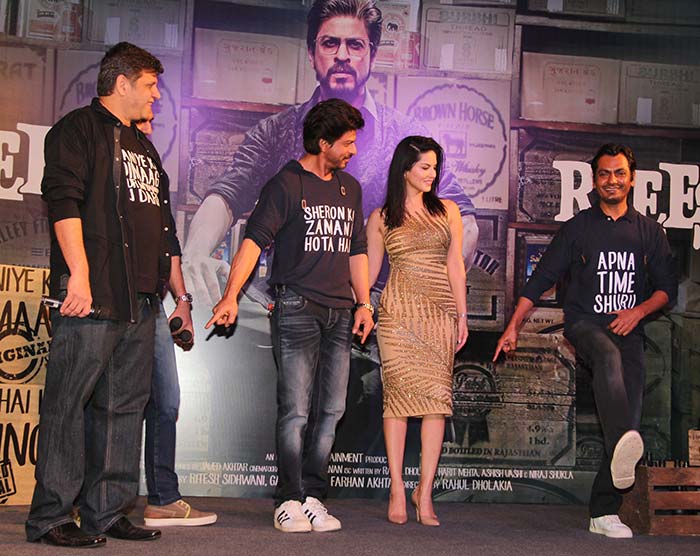 Not included in the celebrations was Mahira Khan, who makes her Bollywood debut in Raees as the wife of Shah Rukh Khan's character - Mahira has been excluded from all promotional activity for the film on account of being Pakistani. But she was missed, Rahul Dholakia wrote in a tweet: "What a wonderful party and after party and the one more after party! Thank you so much! Missed Mahira Khan."

Promoted
Listen to the latest songs, only on JioSaavn.com
Raees deals with boot-legging in Gujarat and, also because it was Gandhiji's death anniversary on Monday, the party was meant to have been alcohol-free. This may not have been entirely the case, as a tweet posted by Sunny Leone and later deleted appears to indicate. The group picture, which is being shared online by fanclubs, appears to show bottles of what could be alcohol on a table.

Last week, Shah Rukh Khan was asked to comment on the success of Raees and he said: "Crores of people have come to watch the movie, so figures will follow." Raees, also starring Mohammed Zeeshan Ayyub, opened last Wednesday alongside Hrithik Roshan's Kaabil. Both films are now expected to release in Pakistan, Mahira Khan's home country.