At 9, Elliot Page Asked His Mom If He "Could Be A Boy Someday"

With respect to his mother's outlook towards his sexual identity, Elliot Page said, "It is a testament to how people really change" 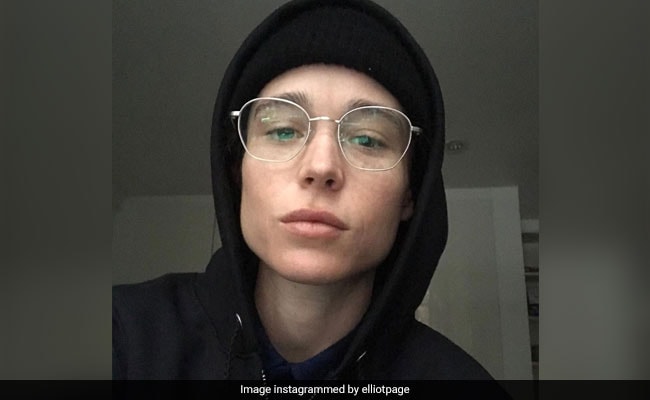 The Umbrella Academy star Elliot Page, who came out as transgender in December last year, is on the cover of Time magazine in which he tells his story. It is the first ever interview that the actor has given after the release of his open letter in which he came out as transgender. Elliot Page's interview with the Time is empowering in every sense and is reminiscent of the actor's childhood days. Elliot, who began using both he/him and they/them pronouns at the age of 34, revealed in the interview that he always "felt like a boy." He added that as a 9-year-old, he would often ask his mother if he "could be a boy." He told Time magazine, "I felt like a boy. I wanted to be a boy. I would ask my mom if I could be someday." He added that when he was finally allowed to cut his hair short, he experienced a moment of joy.

Elliot Page, in the latter section of the interview, talked about his mother and how she has come a long way from asking the actor to behave like a girl to finally accepting him for who he is. "She wants me to be who I am and supports me fully. It is a testament to how people really change," the actor added.

The actor came out as gay in the year 2014 and was married to dancer Emma Portner. They separated last summer and the two got divorced earlier this year. Elliot Page opened up about his sexual identity last year. An excerpt from his open letter read, "I love that I am trans. And I love that I am queer." The Umbrella Academy star thanked his supporters and added, "I feel overwhelming gratitude for the incredible people who have supported me along this journey. I can't begin to express how remarkable it feels to finally love who I am enough to pursue my authentic self."

Elliot Page, who credits the trans community for inspiring him, received massive support from Hollywood's A-listers and members of the LGBTQ community after he came out as a trans last year. Elliot Page is best-known for starring in Netflix's Umbrella Academy and the 2007 film Juno, for which he was nominated for an Academy Award.