"After much thought and careful consideration, we have made the difficult decision to divorce following our separation last summer," Elliot Page, Emma Portner said in a joint statement 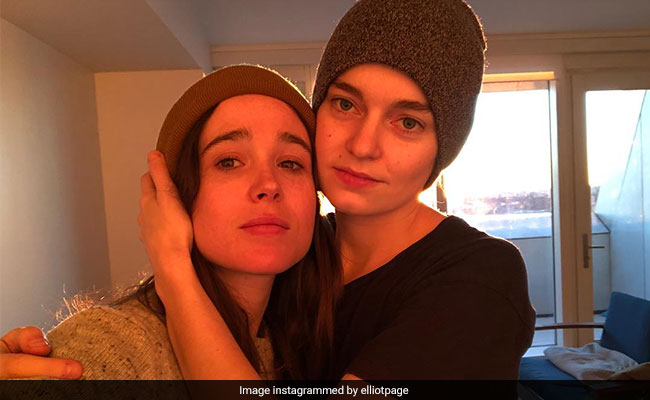 Actor Elliot Page and dancer Emma Portner are divorcing after three years of marriage, reported CNN. In a joint statement on Tuesday, Elliot Page and Emma Portner told CNN that even though they separated last summer, they continue to share cordial terms with each other: "After much thought and careful consideration, we have made the difficult decision to divorce following our separation last summer. We have the utmost respect for each other and remain close friends." Elliot Page and Emma Portner got married in January 2018, just a brief while after making their relationship public. The former couple began dating in 2017.

Elliot Page came out as gay in 2014 and in last year December, he revealed himself as transgender. An excerpt from his lengthy statement read: "I feel overwhelming gratitude for the incredible people who have supported me along this journey. I can't begin to express how remarkable it feels to finally love who I am enough to pursue my authentic self." Emma Portner was Elliot Page's biggest supporter, who cheered for him, writing: "Elliot's existence is a gift in and of itself. Shine on sweet E. Love you so much."

Emma Portner is a professional dance instructor at Broadway Dance Center. She has choreographed and even featured in for Justin Bieber's music video Life Is Worth Living and was also part of the singer's Purpose World Tour.

Elliot Page is best-known for playing the titular character in 2007 film Juno, for which he was nominated for an Academy Award. Elliot Page's impressive body of work includes films such as Inception, X-Men: The Last Stand, Tallulah and X-Men: Days Of Future Past, among others. He also stars in the widely popular Netflix's series The Umbrella Academy.