As Shakuntala Devi, Vidya Balan Is Not Just A Genius But Also Meme-Worthy. "Always Remember That" 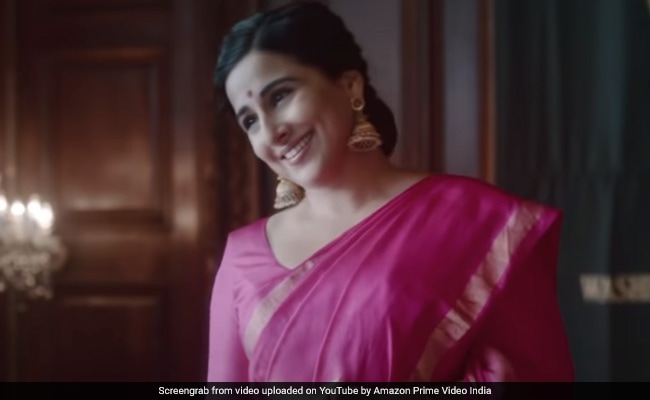 Vidya Balan in a still from the trailer. (courtesy: YouTube)

Twitter is hosting a meme festival and we are not complaining at all because this one is for the trailer of Shakuntala Devi, which released on Wednesday afternoon. The film stars Vidya Balan in the titular role and it also features Sanya Malhotra and Amit Sadh. But this, exclusively, is the story of the many memes inspired by the trailer that are doing the rounds on social media. ICYMI, we have curated some of the memes - largely inspired by two dialogues from the trailer- "Why should I be normal when I can be amazing?" and "Always remember that."

The one with Indian mothers:

While US might have Wonder Woman, we Indians have Vidya Balan. This was the essence of a tweet shared by a Twitter user. "Always remember that."

#ShakuntalaDevi
US : we have wonder woman!
India: we have #VidyaBalanpic.twitter.com/HNEaPY4ZD9

Me to those who are sick of stereotyping:-#ShakuntalaDevipic.twitter.com/zPhUiXZqfR

Reacting to the film's trailer, actress Taapsee Pannu wrote: "So much fun! The super cool playing the super woman. I will be the first day audience."

So much fun! The super cool playing the super woman. I will be the first day audience @vidya_balan@sanyamalhotra07@TheAmitSadhhttps://t.co/s6cTgPvQNy

Meanwhile, check out the trailer here:

The trailer chronicles the journey of Shakuntala Devi and her genius, which was first discovered at the age of 5, when she solved a math problem for 18-year-old students. She later earned a place in the Guinness Book of World Records. Besides being a mathematician, she was an astrologer, cookbook author and a novelist. Sanya Malhotra features as her daughter in the film. The film is slated to release on Amazon Prime Video on July 31. It is the first big film to release on an OTT platform after Amitabh Bachchan and Ayushmann Khurrana's Gulabo Sitabo.