As Fantastic Beasts: The Crimes Of Grindelwald Releases, Eddie Redmayne Wonders If He'll Be 'Employed Again'

Fantastic Beasts: Eddie Redmayne, who grew up in London and worked as a waiter and at a pub before pursing his dream to become an actor. 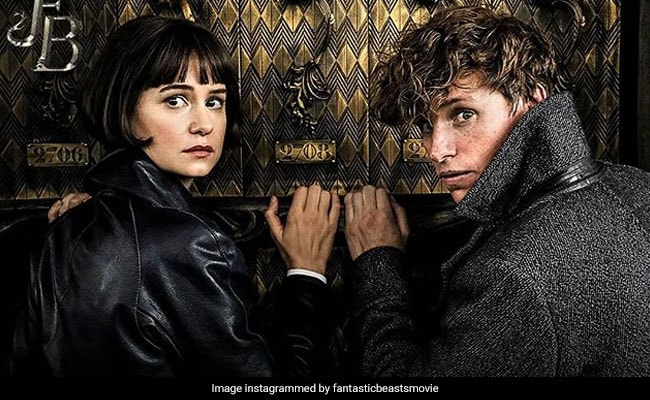 A poster of Fantastic Beasts: The Crimes Of Grindelwald (courtesy Instagram)

Eddie Redmayne is having a successful run in Hollywood, but there are days when he wonders if he will get employed again. The Oscar-winning actor says he still remembers all the rejections that he faced and that is what keeps him grounded. "You never forget the rejections. You never forget the years of being told no. It is quite deeply in us. It is why lot of actors are neurotic and nervous," Redmayne told IANS in an exclusive interview while promoting his film Fantastic Beasts: The Crimes of Grindelwald here.

"I remember reading an interview of Rachel Weisz saying that she never believes that she will be employed again. That time I was a young and struggling actor and I was like 'You are Rachel Weisz. You are gonna be fine'.

"But now even though in some ways, I have had a successful run, I still feel the same. I really do feel the same. My concern is that I hope people enjoy this film and I hope I get to make another one of these films," added the actor on a candid note.

"That is what keeps you working hard."

Do you also wonder whether you will be employed again?

"Yes, frequently," said Redmayne, who grew up in London and worked as a waiter and at a pub before pursing his dream to become an actor.

"The worst job was being a waiter at the British Soap Awards. There were many actors. I was about 21 and I had to take empty glasses and they had put many champagne glasses and that thing just crashed and I was laughed at. And I was like 'Maybe I will try to be an actor one day'."

He walked into the industry with a career-breaking role in Twelfth Night at Shakespeare's Globe Theatre in 2002, but got his ticket to the filmy world with his role in My Week With Marilyn back in 2011.

He showed off his acting and singing skills in Les Miserables in 2012, and since then, his career trajectory has been growing upwards.

But it was his role as Stephen Hawking in The Theory of Everything which took him to the next level. He won an Oscar, Bafta, Golden Globe, and SAG for his heart-rending performance.

Next came, The Danish Girl which also made noise at the Oscars, and Redmayne earned applauds from all quarters for bringing forward the complexities of a man going through identity crisis with conviction.

At the moment, he is basking in glory for his role as magi-zoologist Newt Scamander in the Fantastic Beasts franchise.

Redmayne, 36, says winning an Oscar has not changed his way of picking a project.

"What is interesting is that when you are starting out, you get a script with details that this director is making this film with this actor. This is where it starts and you are there for this part.

"But sometimes, which is more complicated, is that when you are the first person to be sent the script and you have to decide kind of by yourself whether the film will be good or not, rather than having people lean on, like the talent involved."

But the truth of the matter, as Redmayne puts, is that there is only one rule or process through which he picks a role.