Aryan, Suhana Growing up to be Very Cool. Shah Rukh 'Needs to Keep Up' 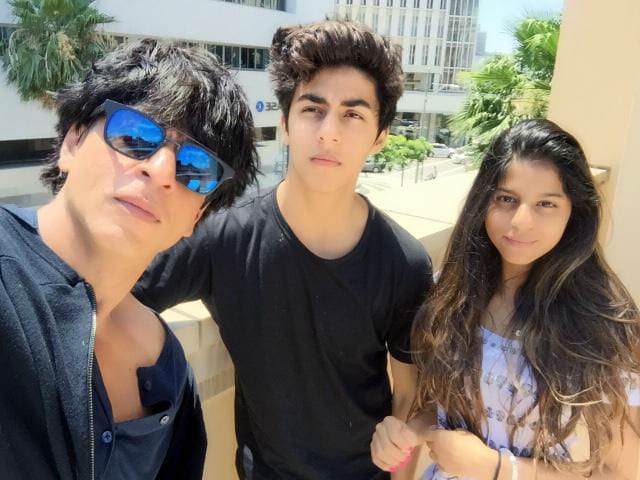 New Delhi: Superstar Shah Rukh Khan said that his teenage kids Aryan and Suhana are growing up to be "lean mean and very cool". The 49-year-old star added that he 'needs to keep up'.

On micro-blogging site Twitter, Shah Rukh shared a picture of Aryan, 18, and Suhana, 15, at the airport via a fan club, and captioned it:

Sorry but can't refrain from saying I think they r turning out lean mean & very cool. I need to keep up... https://t.co/BSHhyR7Q9W

Shah Rukh, who also has a two-year-old son AbRam, is currently shooting for Rohit Shetty's Dilwale in which he co-stars with Kajol, Varun Dhawan and Kriti Sanon. The film is slated to release on December 18, this year. (Also Read: Shah Rukh's Latest Tweet Stars an 'Upside Down' AbRam and a 'Big Brother')

For 2016, Shah Rukh has Rahul Dholakia's Raees with Pakistani actress Mahira Khan and Nawazuddin Siddiqui; and Maneesh Sharma's Fan with Waluscha De Sousa up his sleeve.