Article 15 box office collection: The business of Ayushmann Khurrana's film was affected in Mumbai due to the heavy rains. 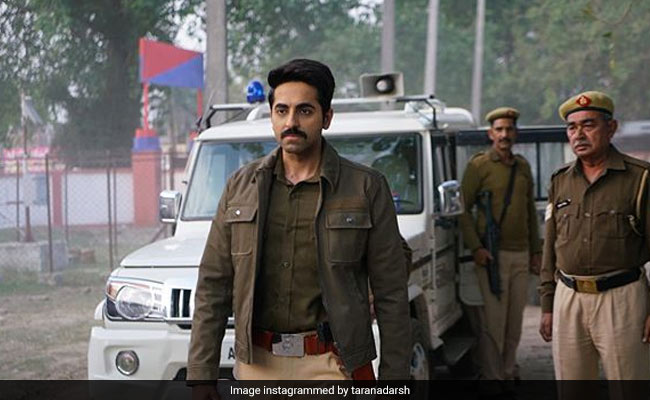 Ayushmann Khurrana's new film Article 15, directed by Anubhav Sinha, maintained strong grip at the ticket window in the weekdays and collected over Rs 27 crore till Tuesday, reported trade analyst Taran Adarsh. He added that the film's business in Mumbai was affected due to the heavy rains but the film managed to collect a decent sum. "Article 15 maintains a strong grip on day 5... business was affected in Mumbai and surrounding areas due to heavy rainfall... Metros are trending well... Total India business so far is Rs 27.68 crore," tweeted Taran Adarsh.

Article 15, which opened to rave reviews from film critics, is locked in a box office battle with one-week-old Kabir Singh starring Shahid Kapoor in the lead role.

Kabir Singh, which was panned by critics, collected several more crores than Article 15. The film collected Rs 198 crore till Tuesday and it is expected to cross the Rs 200 crore-mark today, Taran Adarsh tweeted.

Article 15 is a critique on the evils of caste-system and the practices which creates a divide in the community basis people's caste. Speaking about the film's subject, Ayushmann Khurrana told news agency IANS: "We are getting really nice reviews for the film. I feel it's a very important and relevant film in today's time which should be watched by every citizen of this country."