Arpita Ki Shaadi: Everything You Need to Know About Salman's Sister's Wedding 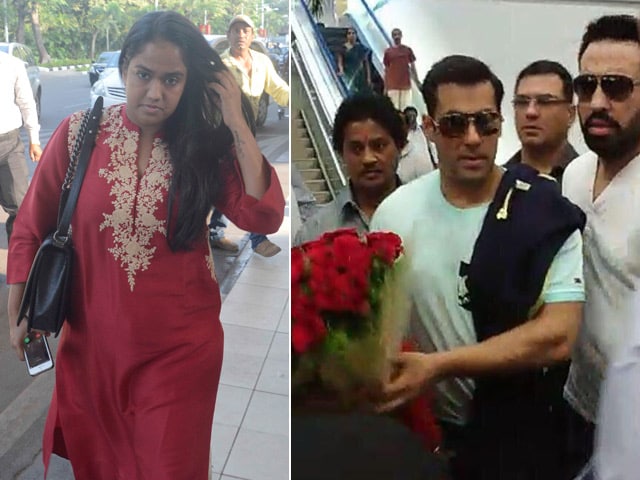 Arpita and the other members of the family landed at the Hyderabad airport on Monday evening. (Image: File Photo/ @TeamSalman)

Zero hour has come and gone for the wedding of the year, after weeks of preps, speculation about who was on the guest list, and sneak peeks at the wedding invite.

Here's what you needed to know about Arpita Khan's big fat wedding, which took place on November 18.

The bride:
Arpita, 25, is writer Salim Khan's adopted daughter and the youngest of his five children. Arpita's three brothers - Salman, Arbaaz and Sohail - act, direct and produce. Her elder sister Alvira is married to actor-director Atul Agnihotri. Actress Malaika Arora Khan, Arbaaz's wife, is Arpita's sister-in-law. Arpita works in design and architecture and has said that she'd like to launch a fashion label someday.

The groom:
Aayush Sharma, Arpita's intended, is the son of politician Anil Sharma. He is believed to currently be seeking a showbiz career and is reportedly going to return to managing the family business in Delhi if he doesn't make it big in Bollywood in a year.

The guest list:
To call the VVIP guest list exclusive would be putting it mildly. Invitees include personages as exalted as President Pranab Mukherjee and Prime Minister Narendra Modi, who is currently in Australia and as such unlikely to be spotted among the wedding guests. The cream of Bollywood has, of course, been invited. The list is peppered with names like Amitabh Bachchan, Khan (Shah Rukh, Aamir and Saif), Kareena Kapoor, Katrina Kaif and Deepika Padukone.

The party's started already:
Galaxy Apartments, the building the Khan-daan occupies in Mumbai, has been decorated with strings of lights since last week. Sunday saw a day of celebrations beginning with a haldi ceremony, going on to a mehendi and winding up with a sangeet. Arpita was photographed surrounded by a bunch of friends and family. Various Khans were spotted around Galaxy Apartments through the day, looking very busy. 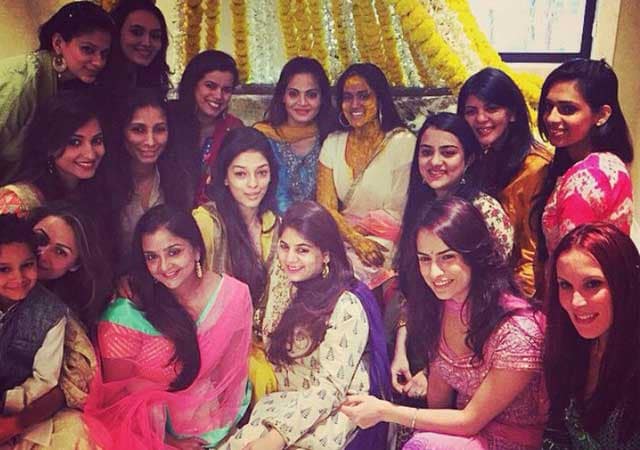 Shaadi ke side effects:
Arpita's big fat Bollywood wedding has already proved itself a peace treaty of sorts. At the mehendi/sangeet, actor Shah Rukh Khan and Arpita's eldest brother Salman were pictured embracing the bride-to-be warmly, likely ending a feud that began ever since they fell out very publicly at actress Katrina Kaif's birthday party in 2008. Salman personally invited his Karan Arjun co-star to the wedding and SRK later said he would have attended the nuptials even without an invite, having known Arpita since babyhood. He did not, however, attend. 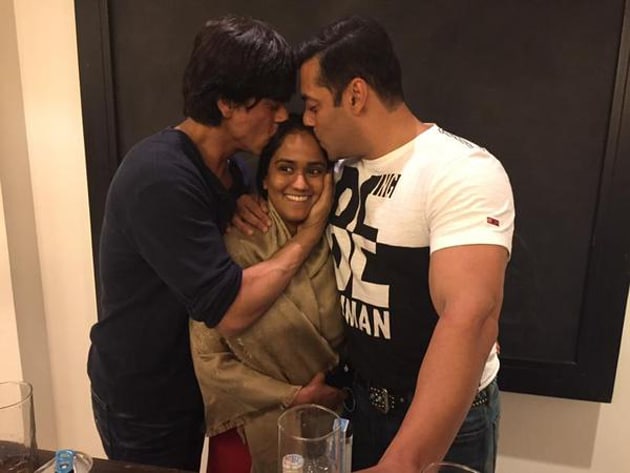 The wedding venue:
This was the scene at Hyderabad's historic Falaknuma Palace on November 17. The Palace will see two days of celebrations - the wedding on the 18th and the Farewell Lunch the next day.

The menu:
The cuisine will be mainly Hyderabadi. The wedding feast included Pathar Ka Gosht, Kachche Gosht Ki Biryani and Haleem, specifically requested by the Khans who have eaten at Falaknuma Palace previously.

Hyderabad, buckle up
The Khans checked into the city on November 17. Salman was spotted chatting to his bodyguard-confidante Shera on the flight to Hyderabad. 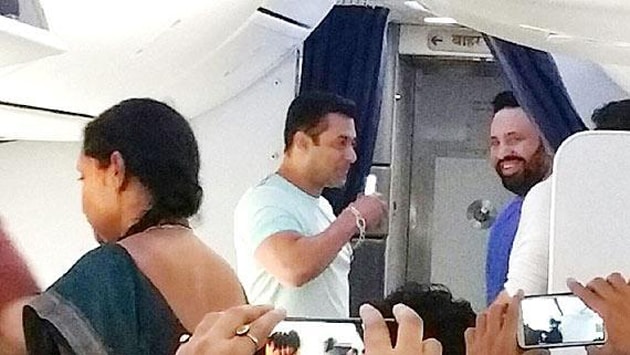 And then navigating Hyderabad airport.

Arpita and her sister Alvira exited the airport together.

Salim Khan was ushered out by his sons Arbaaz and Sohail. 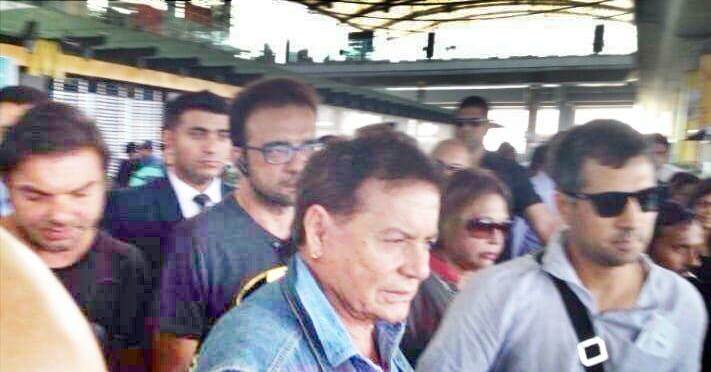 A steady stream of family and friends kept photographers busy all day.

Here's a look at the invite: 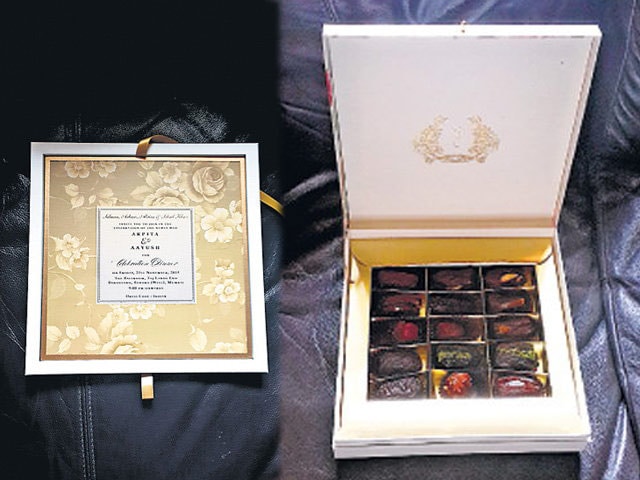