Arpita Khan Sharma's Anniversary Post For Ayush Sharma: 'I Am Blessed To Have A Partner Like You' 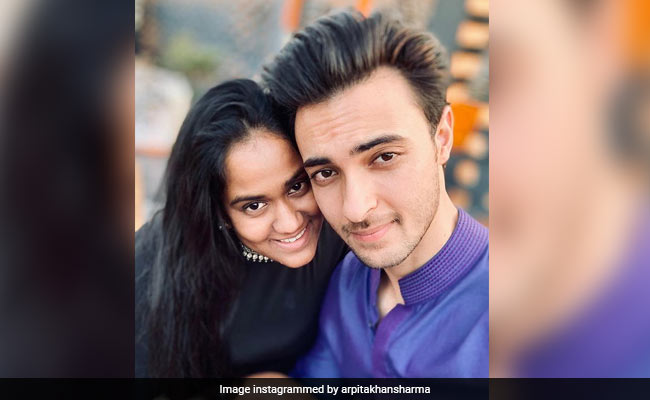 "A great marriage is not when a perfect couple comes together; it's when an imperfect couple learns to enjoy their differences," read an excerpt from Arpita Khan Sharma's anniversary post for Aayush Sharma. Arpita and Aayush are celebrating four years of togetherness today and on this day, the former posted a heartfelt message on Instagram. "Not only are you my husband and Ahil's Pappi , you are my best friend too. Through thick and thin, happiness and sorrow. I am blessed to have a partner in crime like you. Love you very, very much Aayush Sharma. Happy Anniversary," Arpita Khan Sharma's post read. She accompanied the post with a photo of herself and Aayush.

A great marriage is not when a perfect couple comes together, it's when an imperfect couple learns to enjoy their difference. Not only are you my husband & Ahils Pappi , your my best friend to. Through Thick & Thin, Happiness & Sorrow. I am blessed to have a partner in crime like you. Love you very very much @aaysharma Happy Anniversary

Arpita and Aayush are celebrating their fourth anniversary in Maldives. The couple were spotted at the Mumbai airport with their two-year-old son Ahil. Here are photos of Arpita and Aayush from the airport.

Arpita married Aayush Sharma in November 2014 and the couple welcomed Ahil on March 30, 2016. Arpita is a doting mother and her Instagram timeline is proof. She often shares photos of her little munchkin with her Instafam. Here are some of Ahil's adorable pictures on Instagram:

Time to introduce Ahil to all that the world has to offer ! #ahilsdairies#dubai#atlantis#

Aayush recently made his Bollywood debut with the 2018 film LoveYatri, which featured Warina Hussain. The film was produced by Salman Khan and Abhiraj Minawala directed it. The film did an underwhelming performance at the box office.