Army Of The Dead Actress Huma Qureshi: "Proud To Have Come From Nowhere"

"I had to overcome a lot of things like everybody, like my own fear of success, how to pay my taxes, run a household, run my career and nobody was there to teach me," said Huma Qureshi 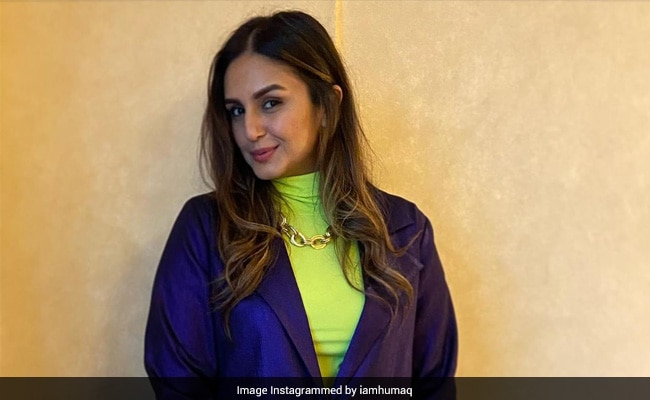 Actor Huma Qureshi says she is proud of the woman she has become after overcoming many personal challenges in her pursuit to become an actor. The Delhi-born actor is the daughter of Saleem Qureshi, the owner of the national capital's one of the most successful restaurants Saleem's, and homemaker mother Ameena Qureshi. Qureshi, who initially performed in a few theatre productions in Delhi before heading to Mumbai, said she had to overcome many things when she decided to leave home in 2008. "I had to overcome a lot of things like everybody, like my own fear of success, the fact that I came from a new city, had to learn how to make friends, how to pay my taxes, run a household, run my career and nobody was there to teach me," the 34-year-old actor, who made her debut with 2012's Gangs of Wasseypur films, told PTI in an interview.

"Today, it has made me the woman I am today. I am very proud that I have come from nowhere. I am an independent woman, I run my own life. I have made my own identity and that gives me a lot of joy and pride. It makes my parents proud," she added.

The actor plays a docile village woman who is handpicked to become the chief minister of Bihar in her upcoming web series Maharani. Calling her character of Rani Bharti in the Bihar-set series the "role of a lifetime", Huma Qureshi said writers and creators must come up with more well-rounded parts for female protagonists. "It doesn't have to always be about the woman, but there should be more fleshed out female protagonists. That is very important. Hence a role like Rani Bharti in 'Maharani' is exciting to do."

The series, slated to start streaming on SonyLIV from Friday, is created by Subhash Kapoor, who previously directed the actor in Jolly LLB. Karan Sharma is the director. The story explores themes of patriarchy, something that women have to face everyday and in every field, the actor said. "Patriarchy is something that women have to deal with irrespective, it is there in the world, it has nothing to do with entertainment or politics or business." Qureshi said she gravitates towards "complex characters" and she found one in Rani. "She is a village woman, uneducated, illiterate, never travelled outside her village so she has all these things going against her. But she is also a little aspirational because she wants to take you on this journey like 'what would you do if you were a chief minister for a day?'" Maharani is rumoured to be inspired by Rabri Devi, the wife of former Bihar CM Lalu Prasad Yadav, who had assumed the chief ministership after he quit following an uproar over fodder scam in the 1990s.

Maharani is Qureshi's second project that releases this month after she starred in Hollywood filmmaker Zack Snyder's Netflix movie Army of the Dead. In the wake of the coronavirus pandemic, the actor said she has taught herself to be "less critical" of her work. "All of us are trying to do our best, all of us are struggling a lot. In fact, I was harsher on myself a few years ago. I was in a different mindset but now because of the pandemic, I'm in a different mindset. "Let's be kinder. Not just to other people but to your own self as well. You have achieved a lot and you don't have to compare yourself to other people. You are doing your best and trusting yourself," Qureshi said.

Besides her work commitments, the actor also started a fundraiser with Snyder to raise money for building a temporary hospital facility in Delhi with an oxygen plant for COVID-19 patients. Huma Qureshi said the work has started on constructing the facility and she is grateful to all the people who helped them raise the funds. "We selected a place in Tilak Nagar and about 70 oxygen concentrators have already reached over there. So, the work has started. The government is helping us. A lot of organisations and so many individuals have extended support. The generosity and kindness has humbled me. This pandemic has shown us the worst side of people but it has also shown the best side of human beings and how generous and kind they can be."

The actor believes social media is often labelled as toxic but it was really helpful during the devastating second wave of the pandemic in the country. "We abuse social media a lot but the fact is it can be used in a positive change and so many lives have been saved. It is all because citizens have connected and helped each other. The goodness in people motivates me." Maharani also stars Amit Sial, Sohum Shah and Vineet Kumar.

huma qureshiarmy of the dead