Arjun Kapoor recently shared a few shirtless behind-the-scenes photos from his work-out sessions and captioned them as: "Warrior mode on! #Panipat" 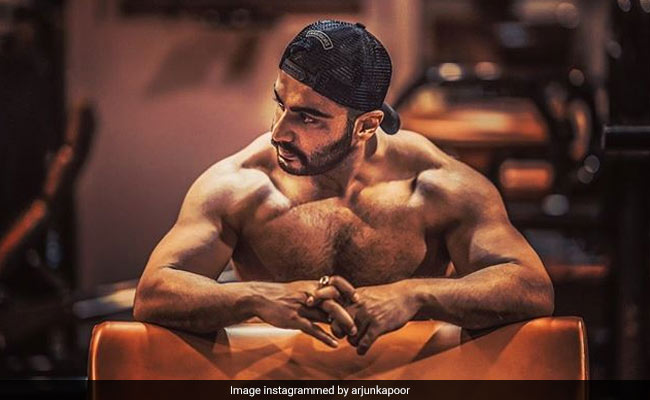 Arjun Kapoor, currently prepping for his new movie Panipat, was spotted sweating it out in the gym. The 33-year-old actor recently shared a few shirtless behind-the-scenes photos from his work-out sessions and captioned them as: "Warrior mode on! #Panipat" and was instantly showered with comments from family and friends, including Malaika Arora, who he is reported to be dating. Arjun Kapoor, who has been training for a bulked up physique - one that of a "warrior" - for Panipat for months now, offered a better glimpse of his body transformation in the new set of photos. In the comments section, Malaika kept it simple and posted the muscle flex emojis.

Actress Ananya Panday, who made her Bollywood debut with Student Of The Year 2, summed it up best: "Forever 21," she wrote, to which Arjun replied: "Full ya!" Arjun Kapoor also got shout outs from his uncles Anil and Sanjay Kapoor. "Phenomenal," wrote Anil while Sanjay Kapoor found Arjun's hardwork "awesome." Meanwhile, other celebs who also gave thumbs up to Arjun's body transformation include Vaani Kapoor, Rohit Shetty, Aparshakti Khurana, Siddhanth Kapoor, BadShah... basically the list is endless. 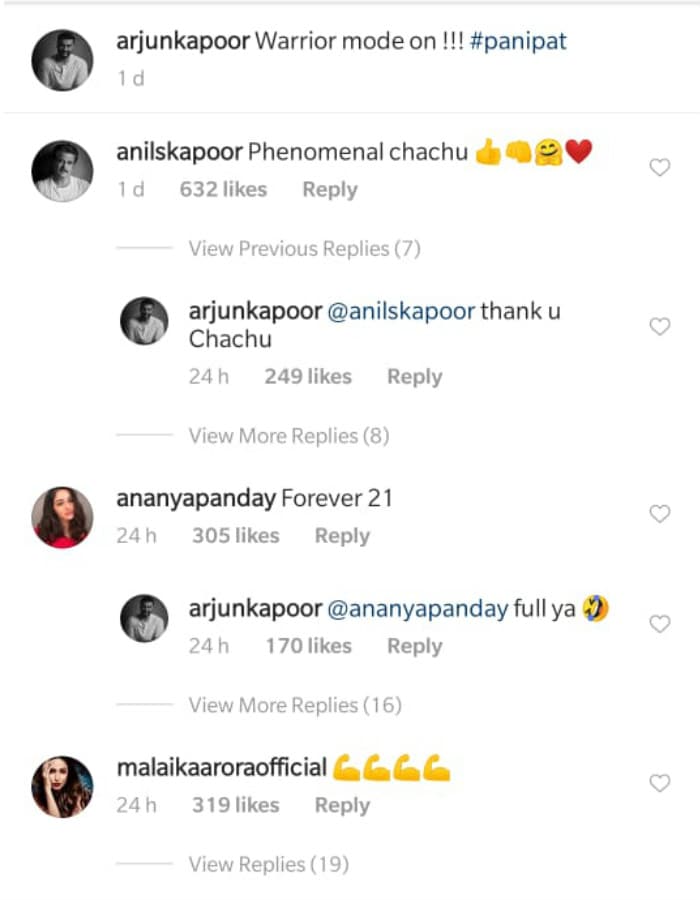 Malaika Arora is a fitness enthusiast herself and often makes us look with her Instagram posts. One of her Monday motivation posts, working out at the yoga station, even made Arjun Kapoor face-palm - the rumoured couple often engage in cute Instagram exchanges. Malaika and Arjun recently partied together at Sonam Kapoor's birthday bash this week. Arjun and Malaika recently appeared to make their relationship official when the actor told Filmfare: "We've come out because we feel the media has given us dignity."

Directed by Ashutosh Gowariker, Panipat went on floors in November last year and is slated to release in December.