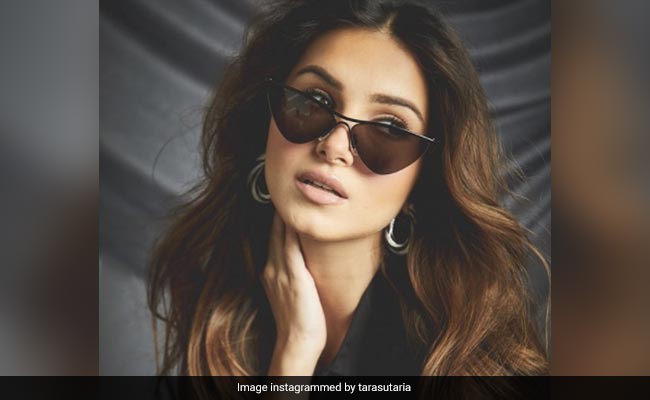 Tara Sutaria can't keep calm as it is her birthday month. The actress posted a picture on her Instagram handle, in which looks chic in a black dress, which she accessorised with a black handbag as she poses for the picture. She added a caption along with it, which read: "Waiting for my birthday like..." Arjun Kapoor , who co-stars with her Ek Villain 2 dropped an ROFL comment on it. It read: "Forget birthday... This is you just waiting to start shooting with me again..." Now isn't this hilarious? The 25-year-old actress will celebrate her birthday on November 19 and is all hyped up this year as she turns 26. Tara Sutaria levelled up her outfit game with a pair of black glasses. Her Instafam loved the picture too. So cool!

Currently, Tara Sutaria is promoting her upcoming film Tadap where Ahan Shetty, son of Suniel Shetty, will star opposite her. The movie is scheduled to hit the screens on December 3, 2021. In the film, Ahan Shetty makes his debut under director Milan Luthria. Tara shared pictures from her first day of promotion on Instagram, which attracted the attention of her boyfriend Aadar Jain. Aadar could not keep himself from commenting on his girlfriend's post as she looked absolutely gorgeous. Aadar Jain commented with a heart and fire emoticon on Tara Sutaria's post.

Tara Sutaria made her Bollywood film debut with Punit Malhotra's film Student of the Year 2 in 2019. In which she co-starred with Tiger Shroff and Ananya Panday. She was also seen in Marjaavan. Apart from this Tara Sutaria will also be seen in Ek Villain Returns with John Abraham, Arjun Kapoor and Disha Patani. Additionally, she will also be appearing in Heropanti 2 opposite Tiger Shroff.