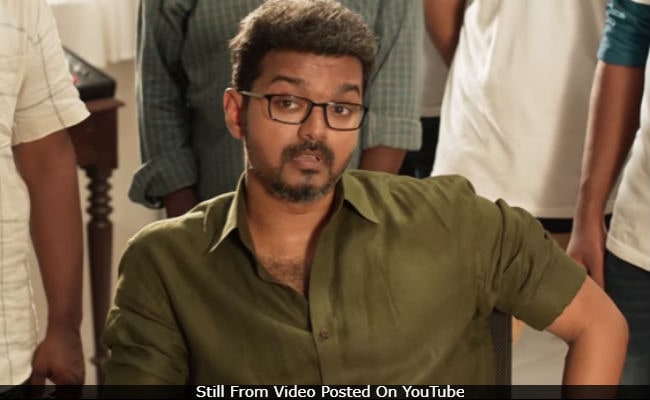 The plagiarism charges against AR Murugadoss regarding his forthcoming Tamil Sarkar, starring Vijay, were dropped on Tuesday, after the makers agreed to give due credits to writer-assistant director Varun Rajendran via a special message. Murugadoss share the statement on Twitter and captioned it as, "Stop the rumours." The message will reportedly be flashed for 30 seconds in the credits. "I imagined that a movie could be made with the theme that a hero whose vote is bogusly cast, fights against the injustice and establishes the truth and creates awareness among the people. After discussing for months, I wrote the script of Sarkar and directed the movie," read Murugadoss' statement in Tamil, reports news agency IANS.

"I came to know that one co-director KV Rajendran aka Varun had also imagined the same theme and had registered his script with South Indian Film Writers' Association. I'm writing to praise Varun for having imagined and registering the script before me," he added.

Soon after Sarkar teaser hit online, Varun Rajendran had registered a complaint with South Indian Film Writers' Association, alleging that AR Murugadoss' film was inspired by his story Sengol which was already registered with the writers' association in 2007. He had later filed a petition with the Madras High Court, demanding a ban on the film's release until he is given the due credits, along with a remuneration of Rs 30 lakh, IANS reports.

The case came up for hearing on Tuesday in the Madras High Court. However, both the parties decided to settle the matter amicably.

Vijay's political-thriller Sarkar is the much-awaited Diwali release of this year. The film also stars Keerthy Suresh, Radha Ravi and Varalaxmi Sarath Kumar in prominent roles. AR Rahman has composed the music for the film.