"You'z a whole vibe, my lil' brotha!" Ranveer captioned the adorable clip of the little boy in her super cool way 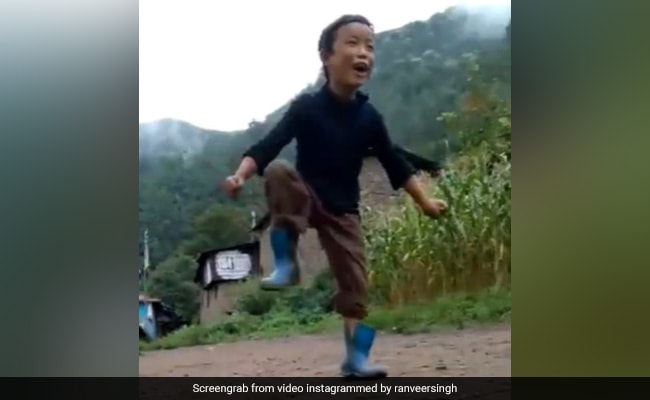 Want to see someone who is more energetic than Ranveer Singh? No, no, it's not a fictional character but a little boy from Arunachal Pradesh, who has left the actor quite impressed with his amazing dance moves. On Wednesday evening, Ranveer Singh shared a video of the kid all pumped up and dancing to his song Apna Time Aayega from his 2019 film Gully Boy. The boy, who is from Arunachal Pradesh's Monpa tribe, looks super cute in the clip, in which he can be seen singing and grooving to Apna Time Aayega, which Ranveer Singh sang along with rapper Divine. Sharing the clip, Ranveer called the little boy his "spirit animal" and wrote in his usual super cool way: "This little Monpa kid.....is my spirit animal1! You'z a whole vibe, my lil' brotha! #loveit #apnatimeaayega."

Earlier on Wednesday, Ranveer Singh interacted with media during the launch ceremony of his new show Big Picture. See a glimpse of the event here:

Earlier this year, he also announced his collaboration with Shankar for the Hindi remake of Vikram's Tamil hit Anniyan. The actor, in a statement, called the director "one of India's finest talents" and said that he "hugely admires" S Shankar, reported news agency PTI.