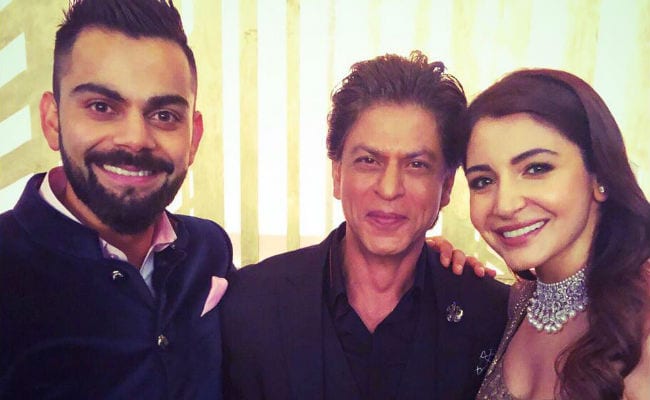 New Delhi: Anushka Sharma and Virat Kohli wrapped the final leg of their wedding celebrations with a reception in Mumbai, which was a star-studded event. The Bachchans, Shah Rukh Khan, Priyanka Chopra, Kangana Ranaut among others were in attendance. But it was Shah Rukh Khan, who stole the show. SRK's dance moves and jokes were the evening's highlight. He made Virat lip sync his famous Jab Tak Hai Jaan (in which Anushka co-started) dialogue with a twist which made everyone ROFL.

Here's a glimpse of how SRK kept the crowd chuckling all the time.

Most of Anushka's co-stars like Aishwarya Rai Bachchan (Ae Dil Hai Mushkil), Ranbir kapoor (Bombay Velvet and Ae Dil Hai Mushkil) attended the reception but Salman Khan, with whom Anushka worked in Sultan, gave the event a miss. The actor took off with his family to Panvel to ring in his 52nd birthday.

Promoted
Listen to the latest songs, only on JioSaavn.com
Virat and Anushka will now take off for South Africa, where Virat will prepare for an upcoming series. Anushka will celebrate New Year with Virat and return in January to complete her pending projects.