Anushka Sharma Says She Has Found Her 'Long-Term Goal' 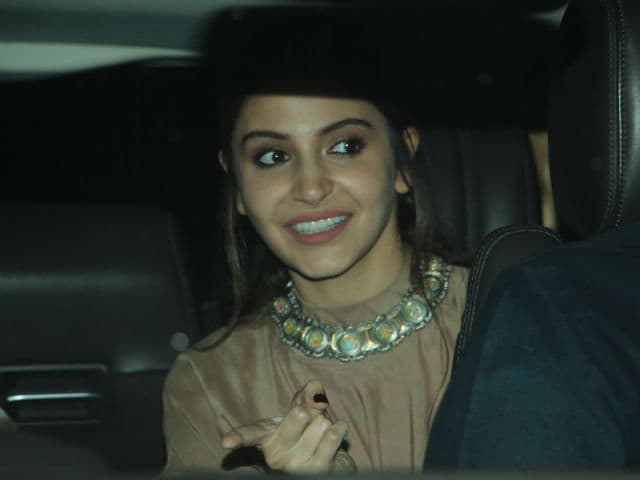 New Delhi: Anushka Sharma's film Phillauri is all set to be released in theatres tomorrow. A special screening of the film was held by the Phillauri makers on Wednesday and Bollywood celebrities cannot stop raving about the movie. After 2015 film NH 10, Phillauri is Anushka Sharma's second venture as a producer. Speaking to news agency PTI, the 28-year-old actress said that producing both the films has been a 'creatively satisfying experience' for her. "It's a very exciting time for me. I think I have found a long-term goal for me. It is the most creatively satisfying experience to collaborate on a film from start to the end. The idea is to push the envelope. I want to push the boundaries of what we understand about movies. There are so many entertaining and interesting things that can be done in this format. The power of cinema is really huge," the Sultan actress told PTI.

Phillauri also features Diljit Dosanjh and Suraj Sharma in lead roles. Anshai Lal will be making his debut as a director with this film. Phillauri, which has been co-produced by Anushka and her brother Karnesh Sharma, will see the PK actress portray the role of a friendly ghost bride. Suraj Sharma, who will be portraying the role of an NRI, gets married to a tree as he is a 'maanglik'. However, a ghost stuck in the tree (Anushka), begins to haunt him.

"Existence of ghosts is a matter of belief but we have taken a leap of faith. We imagined a friendly one who is as scared of human beings as human beings are of her. Also, the premise of a boy marrying a tree and ending up with a ghost was interesting. We could tell a love story in this backdrop. We were able to create a beautiful cinematic moment," Anushka Sharma told PTI.

She added: "I didn't watch that many ghost stories but the bride ghost has been a popular phenomenon. Ours is a happier take on it."

Anushka Sharma, who definitely had 'fun' playing the ghost bride in Phillauri, told PTI: "With a character like this, you can't attach too many elements to prop it up. When I understand a character, I can feel for it. And I understood where Shashi was coming from. I could understand her security as a person."

Promoted
Listen to the latest songs, only on JioSaavn.com
Anushka Sharma is actively promoting her upcoming movie Phillauri on all platforms. The Rab Ne Bana Di Jodi actress will next be seen in Imtiaz Ali's tentatively titled film The Ring along with Shah Rukh Khan. She will also feature in Kaneda, directed by Navdeep Singh.