In the throwback photo, Anushka looks cute as a button in a plaid skirt and white shirt 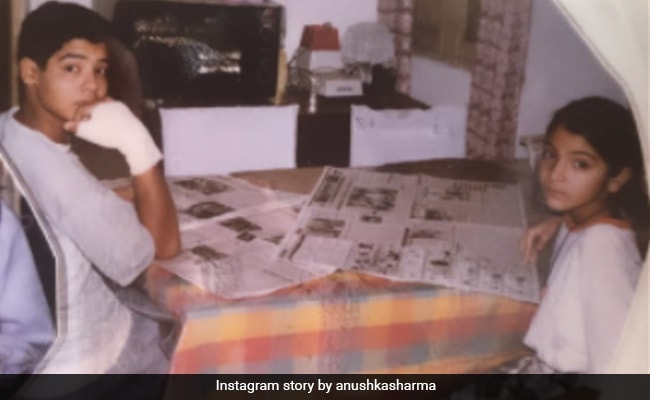 Thank you, Anushka Sharma for sharing this adorable glimpse of your childhood. A day after Siblings Day, the 32-year-old actress shared a childhood memory on her Instagram story, also featuring her brother Karnesh Sharma. In the photo, a younger version of Karnesh and a tinier version of Anushka can be seen posing for the cameras with a newspaper spread out in front of them. Replying to Anushka, her brother wrote: "Why were we reading news?" Sharing Karnesh's Instagram story, Anushka said she "definitely" remembers what she was busy with: "I was definitely reading the comic strips." In the throwback photo, Anushka looks cute as a button in a plaid skirt and white shirt. Meanwhile, this is the conversation that took place between Anushka and her brother Karnesh. 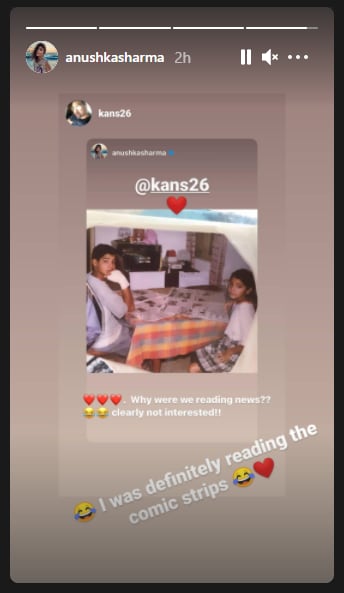 Anushka Sharma recently trended a great deal for sharing a goofy video she shared of herself and Virat. "Did I do it?" Anushka captioned the video, in which she can be seen lifting Virat off his feet.

Anushka Sharma and Virat Kohli welcomed a baby daughter on January 11, who they have named Vamika. After a brief break from work, both Anushka and Virat resumed their work rosters. Virat Kohli led Team India to a thrilling series win against England last month. He was accompanied by Anushka and baby Vamika to Pune for the Test matches. After returning from Pune, the actress was spotted on the sets of a brand endorsement in Mumbai. In terms of films, Anushka Sharma was last seen in 2018 movie Zero, after which she produced OTT projects such as Paatal Lok and Bulbbul. Anushka's next production Qala, a Netflix original movie, will mark Irrfan Khan's son Babil's acting debut.