Anupam Kher Gets Certificate in US For Working With Kashmiri Hindus 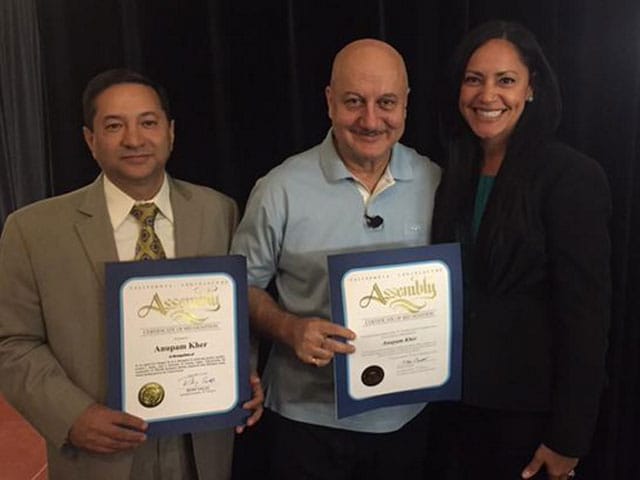 This image was posted on Twitter by Anupam Kher.

Washington: Veteran actor Anupam Kher received a "Certificate of Recognition" from the California legislature, for his dedicated effort towards helping the community of Kashmiri Hindus, who were displaced from the Kashmir valley due to militancy 25 years ago.

This is what Mr Kher tweeted:

I feel honored to get these recognitions in U.S. But they also add to my sense of responsibility towards humankind.:) pic.twitter.com/TzE0SxemH7

The document read: "Certificate of Recognition presented to Anupam Kher in recognition as an agent for change, he is a champion in achieving gender equality, women's rights and a defender of human rights, representing the community of 5,00,000 Kashmiri Hindus displaced and dislodged, many of whom immigrated to the United States."

Mr Kher, who has worked in films such as Silver Linings Playbook and Bend It Like Beckham, has always voiced his opinion about the struggle of the Kashmiri Pandits and how they can be assisted.