Anne Hathaway, mother of two-year-old Jonathan Rosebanks, said, "It was not a straight line to either of my pregnancies." 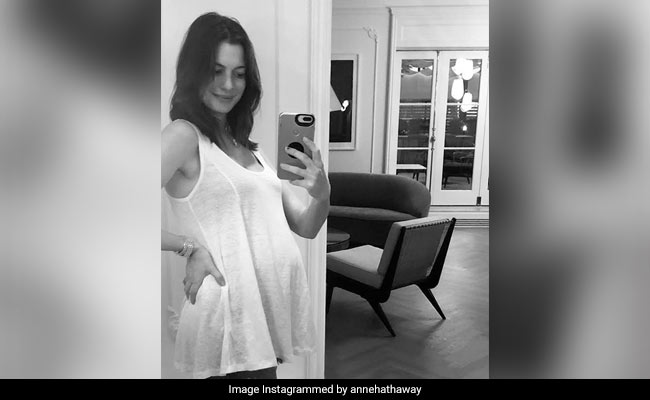 Hollywood star Anne Hathaway announced her second pregnancy in a now viral Instagram post, in which she also shared a message for those dealing with 'infertility and conception hell.' The Get Smart actress shared a black-and-white mirror selfie showing her baby bump and reassured her Instafam that it's not for a movie. The 36-year-old actress wrote, "It's not for a movie #2. All kidding aside, for everyone going through infertility and conception hell, please know it was not a straight line to either of my pregnancies. Sending you extra love."

In no time, the comments thread of Anne Hathaway's post was filled with best wishes and congratulatory messages. Actress Awkwafina, who co-starred with Anne in Ocean's 8, and Nancy Meyers (director of Anne Hathaway's The Intern) were among her cheer squad.

It's not for a movie...#2All kidding aside, for everyone going through infertility and conception hell, please know it was not a straight line to either of my pregnancies. Sending you extra love

Anne Hathaway is married to businessman Adam Shulman and they are parents to son Jonathan Rosebanks, who was born in March 2016.

Anne Hathaway, who was seen in The Hustle and Serenity this year, has a string of upcoming films, including The Witches, The Last Thing He Wanted and Dry Run.

Anne Hathaway is best-known for her roles in films like the Princess Diaries series, The Devil Wears Prada, Love & Other Drugs and Don Jon, among others.