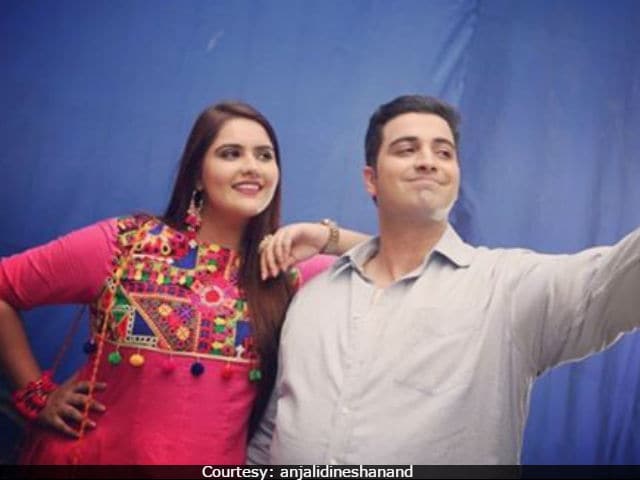 New Delhi: Actress Anjali Anand, who is all set to make her television debut with upcoming show Dhhai Kilo Prem, 'refused to put on more weight' for her role, reports news agency IANS. "I have lived a very active life all this while. Being someone who loves to trek and cycle to maintain a steady weight, gaining too much weight is a big no-no. I am at 108 kg for the role and any more change might get difficult to reverse," IANS quoted Anjali's statement. Anjali plays the role of an 'oversized' girl in Dhhai Kilo Prem, also featuring Meherzan Mazda, who gained 16 kg weight for his role. The plot of the serial revolves around the love story of Deepika (Anjali) and Piyush (Meherzan).

The show also marks the comeback of actress Manasi Joshi Roy on the small screen after a gap of 12 years. She was last seen in Nach Baliye 1 with husband Rohit Roy in 2005. The actress plays Meherzan's mother in the show. Manasi is best known for her role in Gharwali Uparwali and Kkusum.

A couple of days ago, Manasi shared a picture from the sets of Dhhai Kilo Prem:

Actress Kishwer Merchant will be seen making a cameo appearance Dhhai Kilo Prem, reported IANS. "I will be part of the first episode where there is a skit that's going on and I play the character of Surpanakha, who demeans (actress) Anjali Anand, who is the show's protagonist Deepika, for being an overweight Sita," IANS quoted Kishwer's statement.

Promoted
Listen to the latest songs, only on JioSaavn.com
Dhhai Kilo Prem will start airing from April 3. The show is produced by Ekta Kapoor.