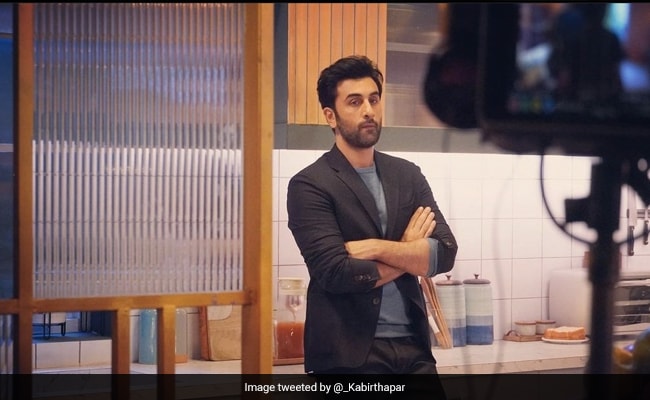 Animal - the announcement teaser of the film is as intriguing as the title. Animal marks filmmaker Sandeep Reddy Vanga's second directorial venture in Bollywood after the controversial Kabir Singh. The cast of Animal is headlined by Ranbir Kapoor and also includes actors such as Anil Kapoor, Parineeti Chopra and Bobby Deol. The teaser of Animal, dropped on Monday, introduces the film's cast. Anil Kapoor also revealed the release date of Animal to be Dusshera next year. The teaser features a one-sided conversation in Ranbir Kapoor's voice, who appears to have a conversation with his father, hinting that Animal is a family drama.

In his narration, Ranbir talks about role reversal in their next lives and tells his father to take birth as the son next time, so that he can step into his shoes. "Papa, agle janam mein aap mera beta banna. Phir dekhna main aapko kaise pyaar karta hun aur seekhna aap. Kyun ki uske agle janam mein main beta banunga aur aap papa." Ranbir Kapoor's raspy voice in the Animal teaser heightens the mystery to a whole new level. It ends with the sound of incessant gunfire.

Animal is produced by #BhushanKumar@VangaPranay@MuradKhetani#KrishanKumar#TSeriesFilms@VangaPictures@Cine1Studios@TSeriespic.twitter.com/HuSEzAyndT

Ranbir Kapoor's line-up of films also includes an untitled romantic-comedy by Luv Ranjan, co-starring Shraddha Kapoor. He will also feature in Brahmastra with girlfriend Alia Bhatt and Amitabh Bachchan. Ranbir Kapoor also has Shamshera with Sanjay Dutt on the list.