Anil Kapoor's Biceps To Die For Have A Varun Dhawan Backstory. Read Their Exchange 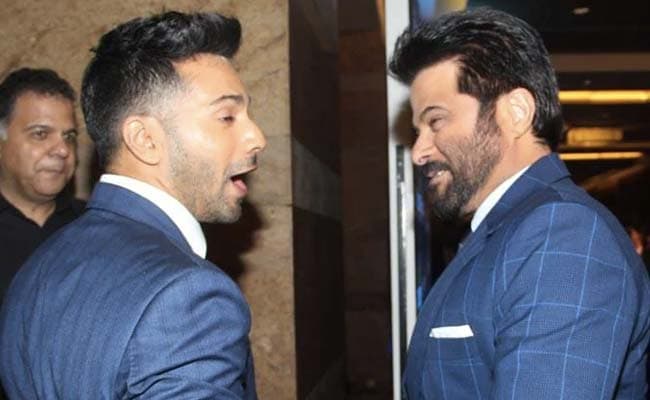 Anil Kapoor and Varun Dhawan photographed at an event in Mumbai.

Anil Kapoor has been trending on social media since Tuesday because of his latest Instagram entry. The 63-year-old actor's biceps in his latest picture stole the show on the Internet and even left Varun Dhawan in awe. However, Anil Kapoor later hilariously revealed in the comments section that he has been working out just to "match Varun's biceps" for their next film, sort of confirming reports about their upcoming project. The duo will reportedly star in Raj Mehta's next, in which Anil Kapoor will reportedly play the role of Varun Dhawan's father (more on that later). Anil shared the photo on Tuesday and captioned it: "When muscles look better than your face." Reacting to his post, when Varun Dhawan commented: "The fighter," Anil Kapoor replied: "Just trying to match your biceps before we start shooting. Thank you."

When muscles look better than your face... 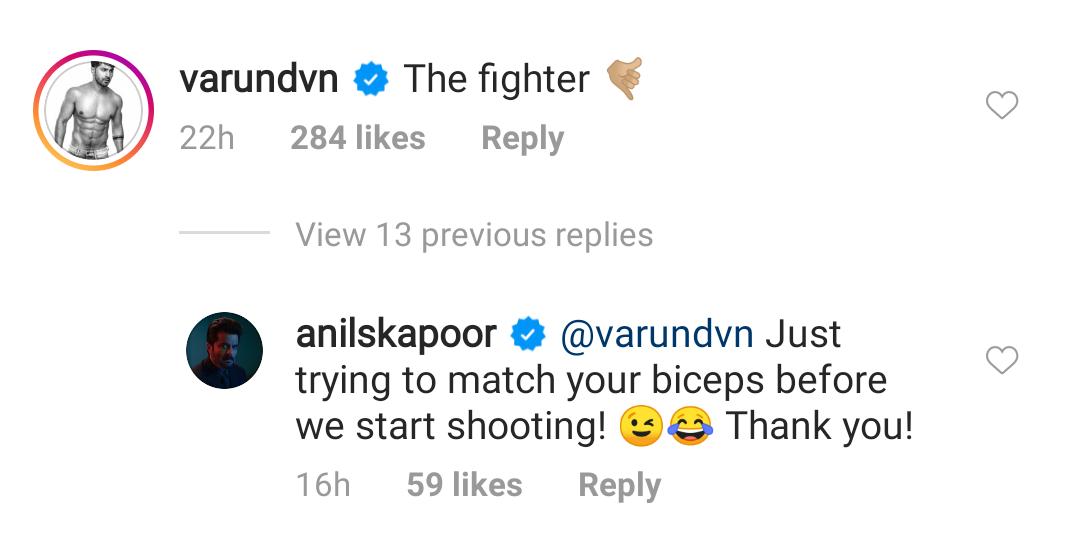 According to a Mumbai Mirror report, Varun Dhawan and Kiara Advani, who featured in a special song sequence with the actor in the 2019 film Kalank, will play the lead roles in Raj Mehta's yet-to-be-titled film. The report also states that Anil Kapoor and Neetu Kapoor will play Varun's parents in the film. "It's a script that Raj and his writing partner Rishabh Sharma have been working on for a while now. The untitled film is a romantic dramedy and should go on the floors around October-end or early-November," the publication also quoted a source as saying. Kiara also starred in Raj Mehta's directorial debut Good Newwz.

Anil Kapoor has worked with Varun Dhawan's filmmaker father David Dhawan in several films like Biwi No 1, Deewana Mastana, Andaz and Gharwali Baharwali. The actor was last seen in Malang.