"Do you remember the exact moment your life changed? That for me was when I signed Meri Jung! 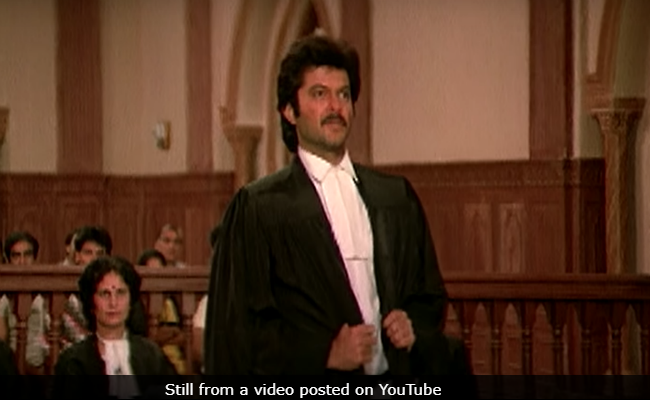 Meri Jung clocked 33 years on Thursday and actor Anil Kapoor, who played the lead role in the film, shared an interesting trivia about the film. The 61-year-old actor shared a tweet, in which he stated that the 1985 film "changed his life." Mr Kapoor thanked the film's director Subhash Ghai and Javed Akhtar for providing him the "opportunity of a lifetime." In his tweet, Anil Kapoor also revealed that the film was very special for him as it was on the sets of Meri Jung that he met his wife Sunita Kapoor (who was a costume designer there). Anil Kapoor tweeted: "Do you remember the exact moment your life changed? That for me was when I signed Meri Jung! This movie led to me marrying my wife and embarking on an incredible journey! Thanks Javed Akhtar for believing in me and Subhash Ghai for giving me the opportunity of a lifetime."

Do you remember the exact moment your life changed? That for me was when I signed #MeriJung! This movie led to me marrying my wife & embarking on an incredible journey! Thanks @Javedakhtarjadu for believing in me & @SubhashGhai1 for giving me the opportunity of a lifetime! https://t.co/ge1qOzWG8s

Anil married Sunita Kapoor in May 1984. Meri Jung - Anil Kapoor's breakthrough film, released the following year. Sonam Kapoor is the couple's eldest child while filmmaker Rhea Kapoor is the middle one. Their son Harshvardhan Kapoor is also an actor.

Besides Anil Kapoor,  Meri Jung also featured Meenakshi Sheshadri, Nutan, Amrish Puri and Javed Jaffrey among others. The film showcases the journey of a young lawyer (played by Anil Kapoor), who seeks revenge for his father's death. Meri Jung resonates in today's generation through its iconic songs such as Bol Baby Bol Rock-N-Roll and Zindagi Har Kadam among others.

On the work front, Anil Kapoor will next be seen in Total Dhamaal, co-starring Madhuri Dixit, Riteish Deshmukh, Arshad Warsi and Javed Jaffrey. He also has Ek Ladki Ko Dekha Toh Aisa Laga in the pipeline, in which he will be seen sharing screen space with his daughter Sonam Kapoor.