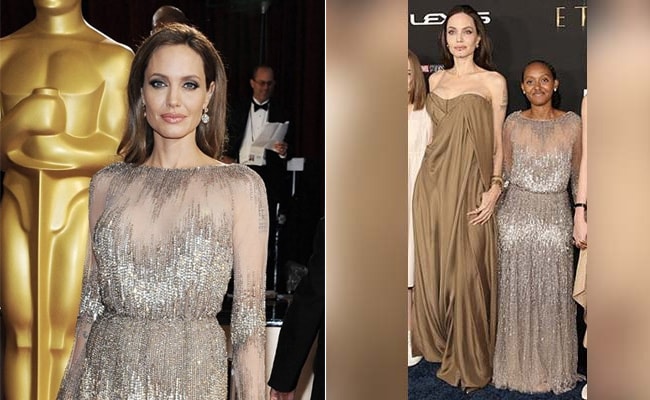 We missed Angelina Jolie on the red carpet for a long, long time. The actress made up for all the MIA red carpet appearances by showing up at the premiere of her forthcoming film Eternals earlier this week. And she was not alone. She was accompanied by her kids Maddox, Vivienne, Zahara, Shiloh and Knox. Her son Pax was missing during the premiere. This, however, is the story of the outfit that Angelina Jolie's 16-year-old daughter Zahara borrowed from her mother's wardrobe. The dress in question happens to be an Elie Saab Couture that Angelina Jolie wore to the 2014 Academy Awards.

Angelina Jolie took pride in the fact that her kids recycled her outfits. In an interview with Entertainment Tonight, Angelina Jolie said, "My kids are all mixed with vintage, and in my old Oscars dress. We did all vintage and upcycled my old stuff."

Here's a picture of Angelina Jolie at the 2014 Oscars: 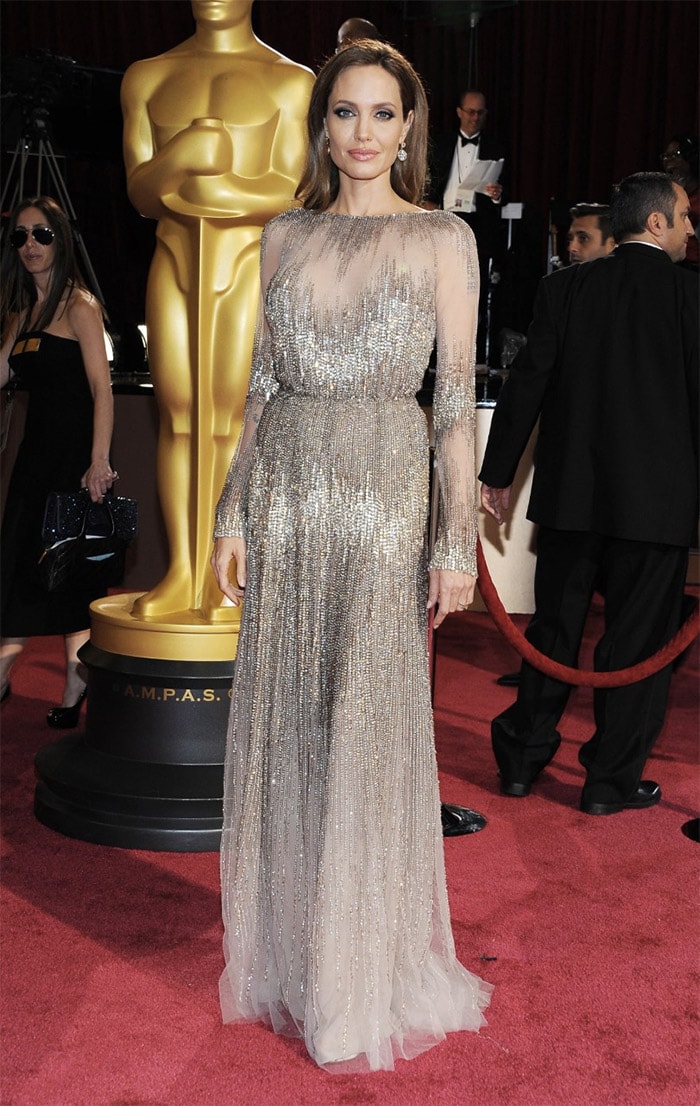 This is what Angelina Jolie's kids wore to the premiere: 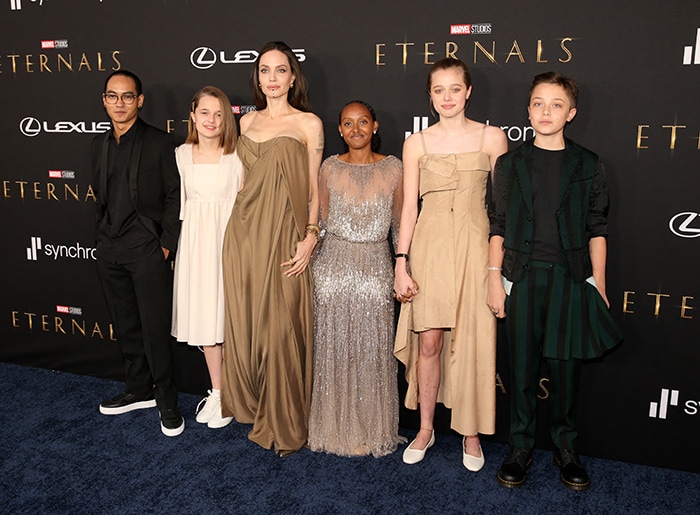 Angelina Jolie with her kids at the Eternals premiere. (Image courtesy: AFP)

Turns out, Zahara was not the only one borrowed from her mom's closet. Shiloh, 15, dressed in a tan, asymmetric piece that her mom wore to the French Apidology Observatory. Angelina's 20-year-old Maddox turned up in a black blazer, Vivienne opted for a white dress and matching cardigan, while Knox kept it formal. Angelina Jolie was a vision in an olive green Balmain dress with vintage Tiffany & Co jewelry.

Angelina Jolie and Brad Pitt met on the sets of the 2004 film Mr & Mrs Smith, when Brad was still married to actress Jennifer Aniston. After dating for almost a decade, the couple finally got married in a secret ceremony on their French estate in 2014. The stars who have six children, separated in 2016.