"I Will Not Turn Away," Writes Angelina Jolie Sharing A Letter From An Afghan Teen In First Instagram Post

"I've come on Instagram to share their stories and the voices of those across the globe who are fighting for their basic human rights," Angelina Jolie wrote on Instagram 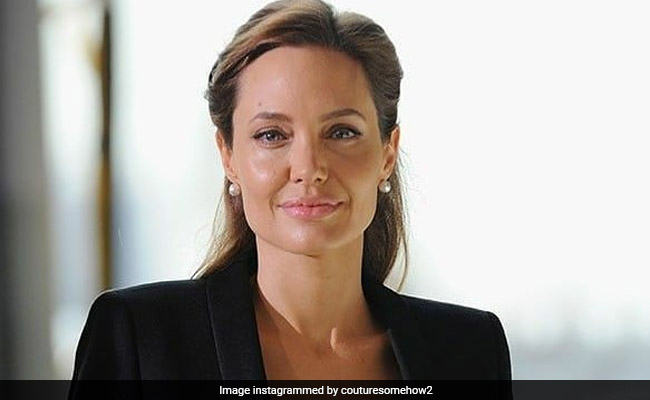 Actress Angelina Jolie joined social media platform Instagram on Saturday. The 46-year-old actress revealed that she aims at sharing the "stories and the voices of those across the globe who are fighting for their basic human rights" through the platform. In her very first post, Angelina Jolie shared a picture of a handwritten letter that she received from a teenage girl living in the Taliban ruled Afghanistan. In the letter, the Afghan girl has poured in her emotions of fear and helplessness with the Taliban being back to power in the war-torn country. "20 years and again we have no rights. The life of all of us is dark. We all lost our freedom, and we are imprisoned again," an excerpt from the letter read.

Sharing the letter on Instagram, Angelina Jolie wrote: "This is a letter I was sent from a teenage girl in Afghanistan. Right now, the people of Afghanistan are losing their ability to communicate on social media and to express themselves freely." She added: "So I've come on Instagram to share their stories and the voices of those across the globe who are fighting for their basic human rights."

The actress went on to share that she met Afghan refugees when she was on Afghanistan border back in 2011, two weeks before the 9/11 attacks. "I was on the border of Afghanistan two weeks before 9/11, where I met Afghan refugees who had fled the Taliban. This was twenty years ago," she wrote. "It is sickening to watch Afghans being displaced yet again out of the fear and uncertainty that has gripped their country," she added.

She ended her note by stating that she will "not run away" and will continue to "look for ways to help" Afghan refugees. "Knowing that if they had the tools and respect, how much they would do for themselves. And meeting so many women and girls who not only wanted an education, but fought for it," Angelina Jolie wrote. "Like others who are committed, I will not turn away. I will continue to look for ways to help. And I hope you'll join me," she added.

As the US-led forces departed from Afghanistan, the Taliban declared that the war in the country was over last week. They took control of the presidential palace in Kabul on August 15.

With Taliban being back in the country, many Afghans fear that they will return to past harsh practices in their imposition of sharia, or Islamic religious law. During their 1996-2001 rule, women could not work and punishments such as stoning, whipping and hanging were administered.