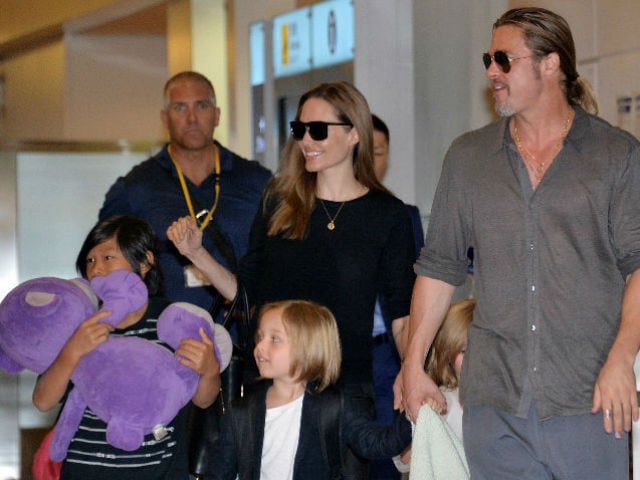 The DCFS launched their investigation into Brad in late September, over a mid-air altercation inside a private aircraft on September 14 with his 15-year-old son Maddox.

The 41-year-old star's representative said that Angelina's focus has always been the health of the family and she is hoping that her six children with Pitt can start to "heal" now, reported Entertainment Tonight.

"The job of the DCFS is to make sure the children are in a safe and secure situation. As we said earlier this week, childcare professionals encouraged a legal agreement accepted and signed by both sides that was in the best interest of the children," Angelina's spokesperson said.

"Angelina said from the beginning that she felt she had to take action for the health of the family and is relieved that after their 8-week involvement, the DCFS is now satisfied the safeguards are put in place that will allow the children to heal," the spokesperson added.

DCFS cleared Brad, 52, of the child abuse allegations on Wednesday. It also ruled out any reports of a repeated pattern of misconduct on Brad's part.

Angelina, who also filed for divorce from Brad on September 19, had requested sole custody of the kids, to which the pair has recently come to an agreement and the actress will retain the children.

Promoted
Listen to the latest songs, only on JioSaavn.com
Brad Pitt and Angelina Jolie married back in 2014 and were first romantically linked back in 2004.