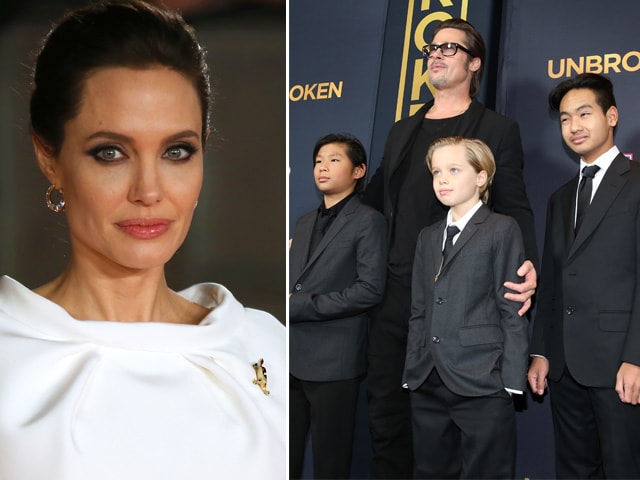 The 39-year-old, who is raising her children Maddox (13), Pax (11), Zahara (nine), Shiloh (eight) and six-year-old twins Knox and Vivienne with her husband, actor Brad Pitt, spoke about her off screen life in the January issue of Australia's Women's Weekly magazine.

She said that the couple "works really hard" to protect their family so that everything is alright, reports femalefirst.co.uk.

"(Brad and I) work really hard at nurturing our family to make sure that everybody is alright and everyone stays connected," she said.

Promoted
Listen to the latest songs, only on JioSaavn.com
"Maintaining a marriage and raising kids is hard work. You have to really make sure that your work doesn't get in the way. That you don't do something that is going to put too much strain on your family," she said and added that she and Brad enjoy the company of their children.

"They're six of the funniest people we have ever met in our lives. We love being home and we love being around them because they are just so entertaining," she said.