And Just Like That Teaser: Sarah Jessica Parker Writes A "New Chapter" 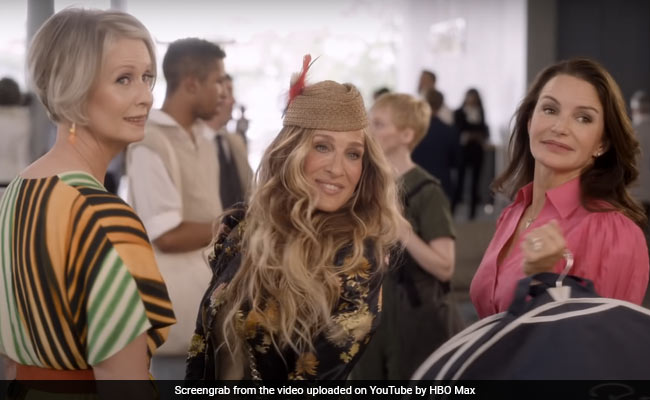 Attention folks! The teaser of And Just Like That released on Friday night and it has been trending ever since. The teaser gives us a glimpse of the fabulous life of Carrie Bradshaw ( Sarah Jessica Parker). It shows how Carrie, Miranda and Charlotte navigate the journey from the complicated reality of life. Bonus - some stunning outfits. Though we did not spot the famous tutu look sported by Carie. We did get a glimpse of a similar tulle skirt and a t-shirt that she wore. There is a voiceover by Carrie Bradshaw, where she says, "They say some things never change but the truth is life is full of surprises and as your story unfolds, the city reinvents itself And just like that, a new chapter begins."

And Just Like That, a revival of the hit show Sex And The City, will air on HBO Max on December 9 and it will showcase the story of Carrie Bradshaw (Sarah Jessica Parker), Miranda Hobbes (Cynthia Nixon) and Charlotte York Goldenblatt as they navigate love and friendship in their 50s.

Check out the teaser of And Just Like That here:

Kim Cattrall, who played sexually liberated publicist and one of Carries's besties Samantha Jones, is not a part of And Just Like That. Chris Noth has reprised his role as Carrie's husband or Mr Big as she lovingly called him. Willie Garson, who starred as Carrie's other bestie Stanford Blatch, was also meant to be a part of the series. However, he died at the age of 57 in September this year. Sarah Jessica Parker posted a eulogy for the actor and an excerpt from her post read: "It's Been Unbearable."

Sex and The cityAnd Just Like ThatSarah Jessica Parker