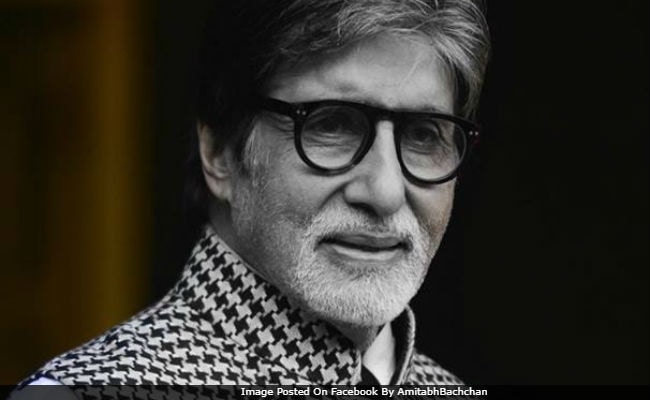 New Delhi: Megastar Amitabh Bachchan has yet again requested the makers (Disney and UTV) of Shoebite to release the film. The film was initially being produced by Percept Picture Company but due to some issues, UTV Motion Pictures reportedly took over as the producer. Percept had later filed a lawsuit against UTV, which was dismissed in 2012. The delay in film's release is due to a fight between the production houses. "Please... Please... Please... UTV and Disney, or whoever else has it... Warners, whoever ... Just release this film. Lot of hard labour has been put in. Don't kill creativity," Amitabh Bachchan, 75, tweeted, along two posters of the film. Shoebite tracks the story of an old man (played by Big B), who sets out on a journey of discovering himself.

Earlier this week, replying to a fan's tweet, Big B appealed to the makers to 'put aside the internal debate' and give a chance for others to 'appreciate the film.'

YES .. utv & Disney .. put aside the internal debate, issues, or personal view points and give this labour of love from Shoojit Sircar a chance for others to appreciate this novel story and film .. PLEASE https://t.co/kSex5BXzCY

Promoted
Listen to the latest songs, only on JioSaavn.com
Shoebite has been directed by Shoojit Sircar, who earlier made Pink with Big B. Of the delay in film's release, Mr Sircar told The Indian Express, "It's now Disney UTV and Fox. Earlier they were separate entities but they are under one umbrella, they should absolutely do it (release the film). Mr Bachchan and I have been pleading. I think Ronnie Screwwala should come forward and resolve it for us as he was the producer and the presenter of the film."

Meanwhile, Amitabh Bachchan's next release in 102 Not Out with Rishi Kapoor. Thugs Of Hindostan and Brahmastra are in the line-up.
Comments
Amitabh Bachchanshoebite releaseShoojit Sircar