Amitabh Bachchan Shares An Update About His Health: 'Strong Warnings Of Work Cut Off'

"And back to the grind, despite the stethoscope dressed messengers from heaven giving strong warnings of work cut off," wrote Big B 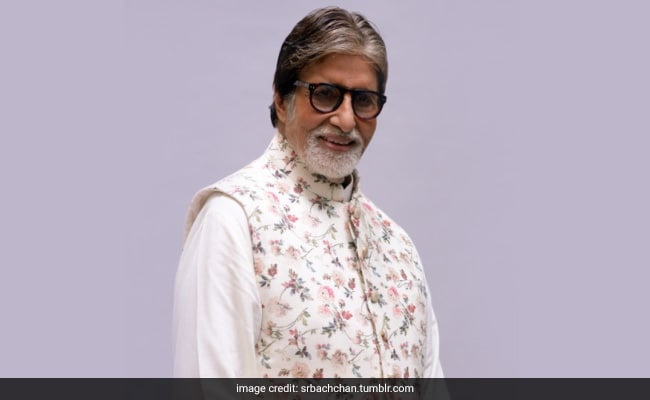 Amitabh Bachchan, who was earlier this month admitted to Mumbai's Nanavati Super Speciality Hospital for a routine check-up, shared an updated about his health with his fans on his blog post on Thursday. Referring to the hospital doctors as "the stethoscope-dressed messengers from heaven," Amitabh Bachchan wrote: "The tunnel at the NSSH... Indeed several tunnels and some more probing with the meter in hand that sonographs... A few on the side injectables... At various locations on this mine field of a body... Some venous strips punctured and the fluids dripped in... A few hardcore instructions to follow... And back to the grind, despite the stethoscope dressed messengers from heaven giving strong warnings of work cut off."

Amitabh Bachchan frequently shares health updates and writes about his check-ups on social media. Earlier this month, he was admitted to Mumbai's Nanavati Hospital for a regular check-up and was discharged after three days. It was reported that Big B was admitted due to liver ailment. Reacting to rumours about his health at that time, Big B even slammed media houses for "commercialising his medical conditions."

Earlier, at NDTV's Swasthagraha event, Amitabh Bachchan shared how early diagnosis and regular check-ups have helped him maintain his health till now.

November 7 is a special day for Big B as his debut film Saat Hindustani released on this date 50 years ago. The actor has, since then, worked in several blockbusters such as Sholay, Don, Shahenshah, Agneepath, Kabhi Khushi Kabhie Gham... and many others. He will also receive the prestigious Dadasaheb Phalke Award - India's highest film honour - this year.