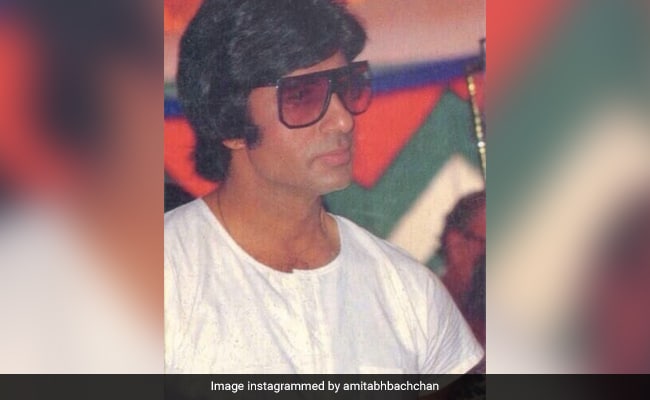 Amitabh Bachchan, who has actively been sharing throwback pictures, day after day, added another one to his collection on Wednesday night. The picture, going by Big B's caption, appears to be from the Seventies, when Big B had multiple releases - most of which were super hits. Big B wrote that this was the time when a film's success was measured in weeks it lasted in cinema halls. Listing films like Don, Kasme Vaade, Trishul, Muqaddar Ka Sikandar and Ganga Ki Saugandh, Big B added, "The 1970's .. And the years when films did 50 weeks and 100 weeks ... And 6-7 of them being released in the same year and all doing more than 50 weeks ...Now OTT millions make success graphs."

Last year, when Big B's film Gulabo Sitabo released on OTT platform Amazon Prime Video, the actor shared a post in which he wrote: "Joined film industry in 1969. Now in 2020. It's... 51 years! During this formidable period seen many changes and challenges. Now another challenge. Digital release of my film Gulabo Sitabo. June 12, only on Amazon Prime. Worldwide. 200 plus countries. That is amazing. Honoured to be a part of yet another challenge."

In terms of work, the actor was last seen in Shoojit Sircar's Gulabo Sitabo, co-starring Ayushmann Khurrana and it opened to largely positive reviews. He was also seen hosting the 12th season of the TV quiz show Kaun Banega Crorepati 12.

Amitabh Bachchan's upcoming projects include Ayan Mukerji's Brahmastra, co-starring Alia Bhatt and Ranbir Kapoor, and Chehre, alongside Emraan Hashmi. He will also be seen in the sports drama Jhund. The actor recently signed the Hindi remake of the Hollywood film The Intern, in which he will co-star with Deepika Padukone.