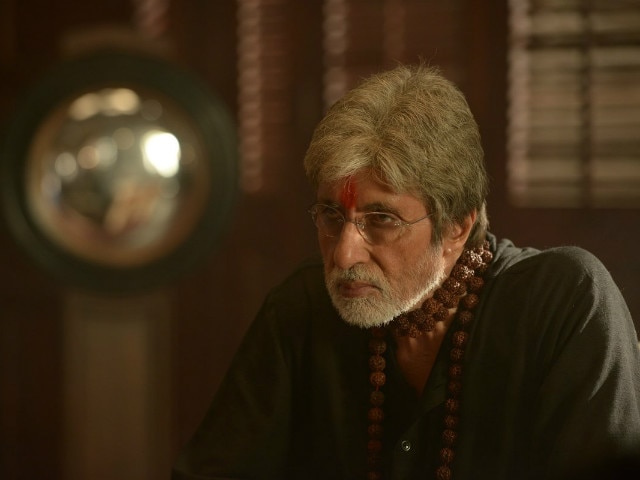 Amitabh Bachchan on the sets of Sarkar 3

The 74-year-old actor on Tuesday night shared two photographs of himself performing aarti on a beach for a scene in the film.

This is what Big B tweeted:

T 2436 - In prayer for SARKAR 3 and the aarti for Ganesh, which I have sung ! pic.twitter.com/AUacOzfzxK

The scene was shot at the Juhu beach in Mumbai, and Big B said the serious look for the scene - as seen in the photographs - is deliberate.

"In prayer for theaarti for Sarkar 3 on the beach of the Arabian Sea off Juhu and behind one of the prominent hotels of the area. The sinister serious looks even for the Ganesh aarti is deliberate and pertinent for the scene," he wrote on his blog .

"The aarti has been sung by me. No, it is not the same one I did for Siddhivinayak Temple, it is differently placed, more pertinent to the events of the story of the film," he added.

Earlier, Big B shared more pictures from the sets of Sarkar 3.

T 2424 -This SARKAR 3 is getting more out of everyone, than any before .. privileged and so humbled that 3 series contain me .. pic.twitter.com/3evZ3NeeHK

The film is the third instalment of the popular crime movie Sarkar.

Big B played an integral part in the first two instalments of the film.

Sarkar, which released in 2005, is set up in the world of Indian politics. Its sequel Sarkar Raj hit the screens in 2008.