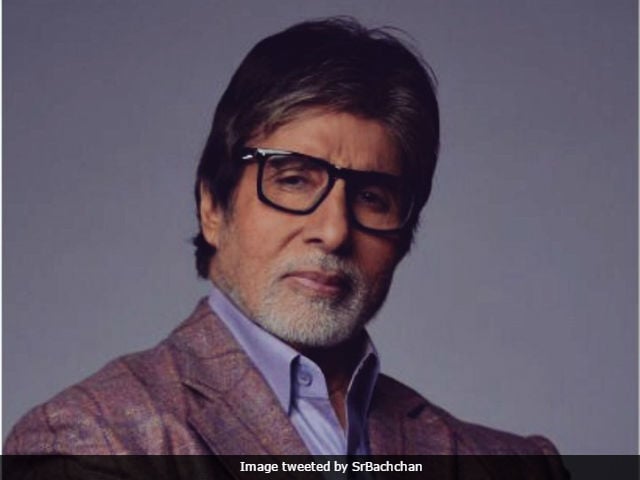 New Delhi: Superstar Amitabh Bachchan now has 26 million followers on microblogging site Twitter and the 74-year-old actor is elated. Amitabh Bachchan, who joined Twitter in 2010, shared the news with his fans along with two pictures of himself. He tweeted: "And it has arrived ... the magical figure of 26 million followers!! Thank you Twitter for my intolerance." Not only Twitter, Big B is also quite active on other social media platforms such as - Facebook and Instagram. Amitabh Bachchan is ahead of other superstars like - Shah Rukh Khan(24.2 million), Salman Khan (22.1 million) and Aamir Khan (20.4 million) in terms of followers on Twitter.

T 2484 - And it has arrived ... the magical figure of 26 million followers !! Thank you Twitter for my intolerance ..pic.twitter.com/urdGhmlhdd

Amitabh Bachchan has been a part of the film industry for almost five decades and has appeared in over 190 films. He was dubbed as India's first 'angry young man' for his on-screen roles. He is also often referred to as 'Shahenshah of Bollywood'.

Amitabh Bachchan has been honoured with the Padma Shri in 1984, Padma Bhushan in 2001 and Padma Vibhushan in 2015 for his contributions to arts. In 2007, Government of France honoured him with its highest civilian honour, Knight of the Legion of Honour, for his exceptional career in the world of cinema and beyond.

Mr Bachchan made his Hollywood debut in 2013 with The Great Gatsby.

Amitabh Bachchan will next feature in Ram Gopal Varma's Sarkar 3. He will be reprising his role as Subhash Nagre in the film. He will also be seen in Thugs Of Hindostan along with Aamir Khan.