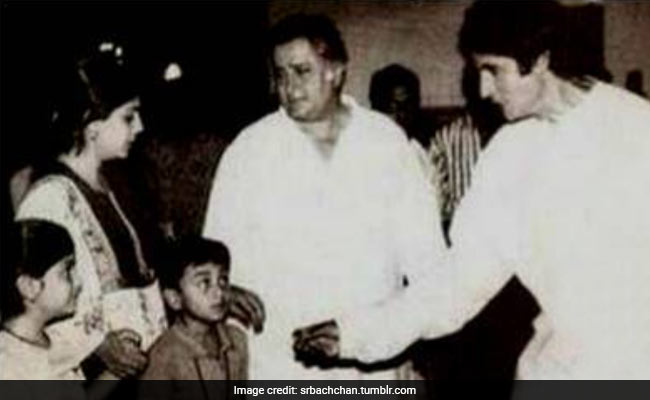 Can you spot Ranbir Kapoor in this pic (courtesy srbachchan )

As Ajooba clocked 30 years in Bollywood, Amitabh Bachchan was flooded with memories from the film's shooting days. The 78-year-old actor was kind enough to share some of them on his official blog. Amitabh Bachchan co-starred with Rishi Kapoor in Ajooba. Rishi Kapoor died last year after a long battle with cancer. Remembering his co-star and friend, Mr Bachchan poured his heart out on his official blog and wrote: "The memory of those that we worked with and sadly some dear that have left us today. Now just the years remain." Big B also shared a bunch of black and white memories from the sets of Ajooba and we spotted pint-sized versions of Rishi Kapoor's son Ranbir and daughter Riddhima, in one of them. "Bewildered Ranbir on the sets," wrote Amitabh Bachchan.

Ajooba was directed and produced by Rishi Kapoor's uncle Shashi Kapoor, who too can be seen in the photo. 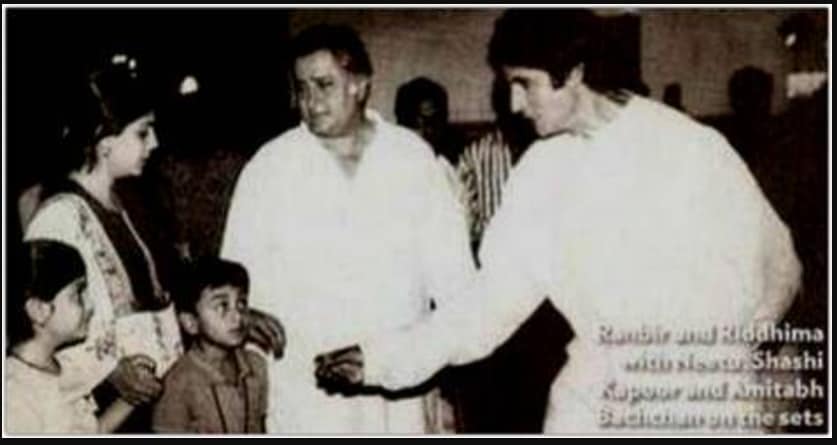 On Twitter, Mr Bachchan shared a film still to mark 30 years of Ajooba: "Saal gujarte rahe... sukh ki... kuch dukh ki... saathi chale gaye , yaadein bhar reh gayin," he wrote. Amitabh Bachchan and Rishi Kapoor also worked together in films such as Kabhi Kabhie, Amar Akbar Anthony and in the later part of their careers, in 102 Not Out.

Meanwhile, who knew years after Ranbir Kapoor dropped by on Ajooba sets, he would have signed a film with Amitabh Bachchan? Ranbir Kapoor and his girlfriend Alia Bhatt co-star with Mr Bachchan in upcoming movie Brahmastra. Directed by Ayan Mukerji, Brahmastra will be released as a trilogy, the part of which is expected soon.