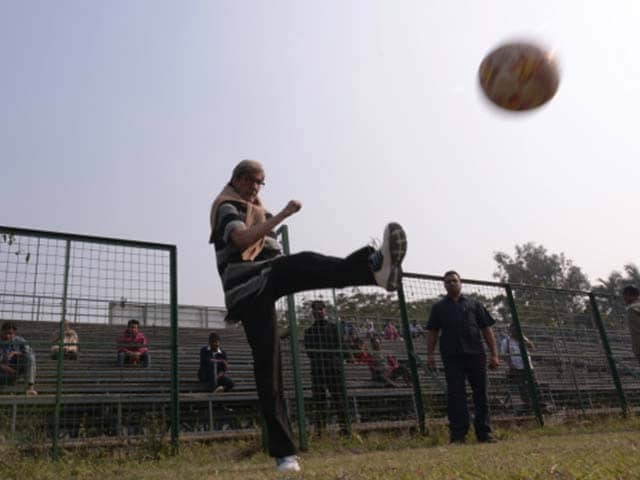 Kolkata: Bollywood actor Amitabh Bachchan on Tuesday took time off to play some football with the kids at the Mohammedan Sporting Ground where he had gone for a film shoot. (Also Read: Amitabh Bachchan Reveals Rib is Damaged, Tweets 'No Worries')

Mr Bachchan, who entered the famous stadium at 7.45 in the morning, spent the entire day in the club premises shooting some scenes of his upcoming film Te3n. He was seen sitting in the gallery, the club tent and the ground.

The actor, who was dressed in a black striped T-shirt, muffler and black trousers, had some fun on the ground of the iconic club which is celebrating its 125th anniversary this year.

Big B, who is left-handed, was seen kicking the ball high with his left foot. 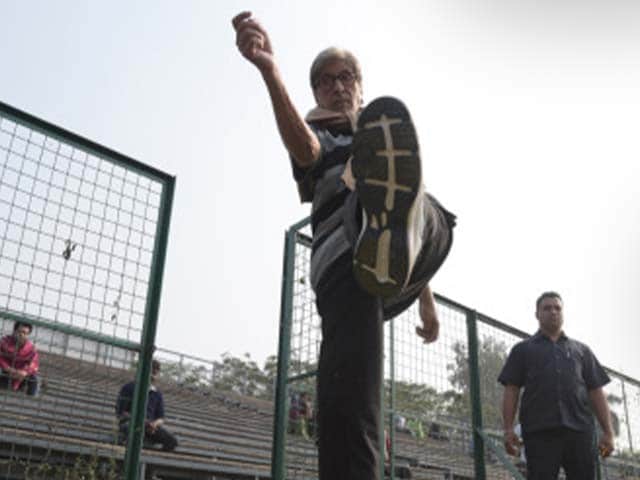 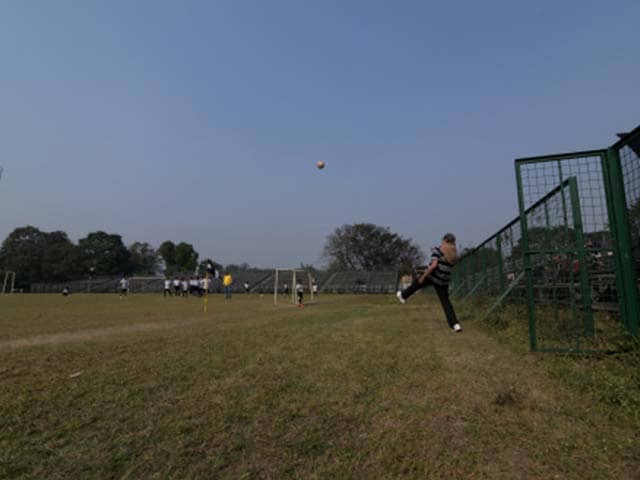 The club felicitated Mr Bachchan and gave him its honorary life membership. It also invited the legendary actor to be the chief guest of the club's 125th Anniversary gala to be held later this year.